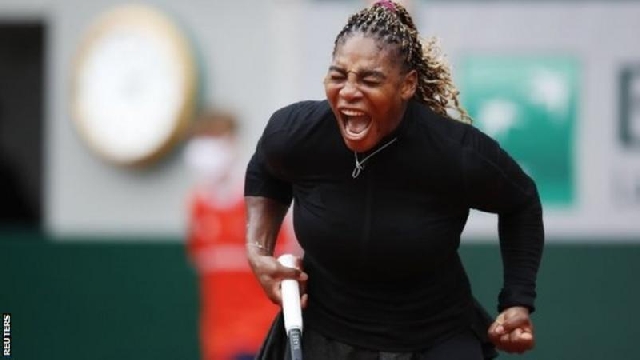 Serena Williams began her quest for a 24th Grand Slam title with a hard-fought win over fellow American Kristie Ahn in the French Open first round.

Once she came through a 74-minute opener, Williams began to play with more belief and clarity as she swept Ahn aside in a one-sided second set.

Williams will play Bulgaria’s Tsvetana Pironkova in the second round.

Pironkova, 33, was handed a wildcard by Roland Garros after a memorable run to the US Open quarter-finals – where she lost to Williams – in her first tournament since 2017 after giving birth.