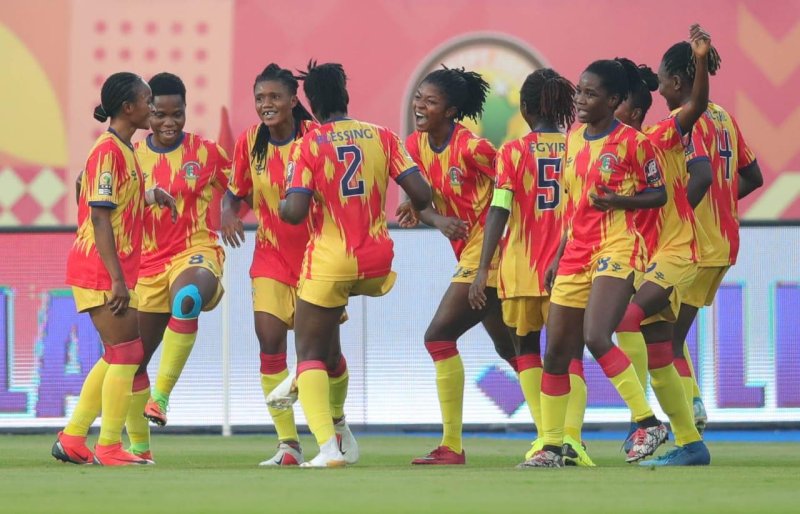 Two goals from Doris Boaduwaa and Evelyn Badu qualified the Ghanaian champions, Hasaacas Ladies to the finals of the maiden Confederation of Africa Football (CAF) Women’s Champions League after beating ASFAR of Morocco 2-1 on Monday.

The “Doooo” lads came back strong in the second half to beat a strong Moroccan team to book a ticket to the finals of the inaugural championship ongoing in Cairo, Egypt.

It was Boaduwaa who put the Ghanaian team ahead after connecting a fantastic corner kick from Perpetual Agyekum in the 36th minute before the Moroccans Najat Badri canceled the lead with a minute to end the first half.

ASFAR team having dominated play in the first half were presented with a fine chance through Sanaa Mssoudy but Hasaacas’ goalie, Grace Banwaa produced a superb save to deny the opponent.

Four minutes on from the break, the Moroccans were handed an opportunity to take the lead but Fatima Tagnaout failed to capitalize on the chance for their team’s second goal.

With Hasaacas Ladies pressing for the win, they were gifted a golden opportunity through Veronica Appiah after collecting a cross from Badu, but she missed the chance to double her side’s lead in the 51st minute.

Coach Yussif Basigi’s charges were again awarded a 62nd-minute penalty following goalkeeper Khadija ER-Rmichi foul on Badu but Agyekum missed the chance to register her name on the scoresheet.

With 15 minutes to end regulation time, Basigi introduced Success Amenya for Rahama Jafaru in search of the winning goal.

The change yielded positive results when Boaduwaa sent a powerful cross to Badu to head home the winning goal to take her goal tally to five in the tournament.