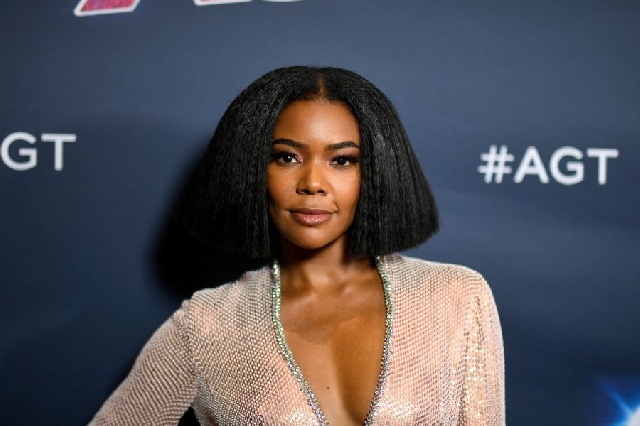 “NBC Entertainment appreciates the important concerns raised by Gabrielle Union,” read a joint statement from the network and the actress on Tuesday

Gabrielle Union and NBC have reached a resolution over discrimination allegations, nearly one year after she was fired from America’s Got Talent following one season on the show.

The network and the actress’ reps issued a joint statement on Tuesday, in which they revealed that they have ″reached an amicable resolution.” No further details about the agreement were offered.

“We’ve reached an amicable resolution. NBC Entertainment appreciates the important concerns raised by Gabrielle Union and remains committed to ensuring an inclusive and supportive working environment where people of all backgrounds can be treated with respect,” read the statement, obtained by PEOPLE.

Last November, it was confirmed that new AGT judges Union, 47, and Julianne Hough would not be returning for the show’s 15th season, which premiered earlier this year.

Days later, a report by Variety claimed that Union had expressed concerns over alleged racial insensitivity on the set and that both women said they were subjected to ″excessive notes” on their physical appearance.

Union and Hough’s exits from the show launched an internal investigation of NBC and production companies Fremantle and Syco Entertainment. Union has since taken legal action against the two production companies, the media conglomerate, and AGT creator Simon Cowell through attorney Bryan Freedman.

“Gabrielle Union informed NBC of racially offensive conduct during the taping of America’s Got Talent, NBC did not ‘stand’ with her in ‘outrage at acts of racism.’ Instead, NBC did not care enough to either promptly investigate Ms. Union’s complaints or even ask HR to get involved,” Freedman said in a previous statement to PEOPLE. ″Rather, NBC stood against her and directed its ‘outrage’ at Ms. Union for whistleblowing about the racially offensive conduct she experienced while working for NBC on America’s Got Talent.”

In a complaint obtained by PEOPLE in June, Union alleged that she was terminated from the show after just one season due to ″her refusal to remain silent in the face of a toxic culture at AGT that included racist jokes, racist performances, sexual orientation discrimination, and excessive focus on female judges’ appearances, including race-related comments.″

NBC previously responded to Union’s complaint, saying, ″The allegation that anyone involved in this process threatened Ms. Union is categorically untrue.″

They added: ″We took Ms. Union’s concerns seriously, and engaged an outside investigator who found an overarching culture of diversity on the show. NBCUniversal remains committed to creating an inclusive and supportive working environment where people of all backgrounds are treated with respect.”

In August, Union opened up about the difficult process of detaching from the popular reality competition series, saying that the scenario was ″surprising and so heartbreaking and so frustrating and so unnecessary.″

Union said during the ″Minding Her Business” panel for the 2020 American Black Film Festival that the behind-the-scenes drama on the show led to her ″feeling like such a public flogging and just standing in my truth and standing on the side of employee rights and knowing there’s a better way of doing business,” according to USA Today.

″But that whole process was really brutal and knowing that I brought my team into that, it just sucked,” she added at the time.