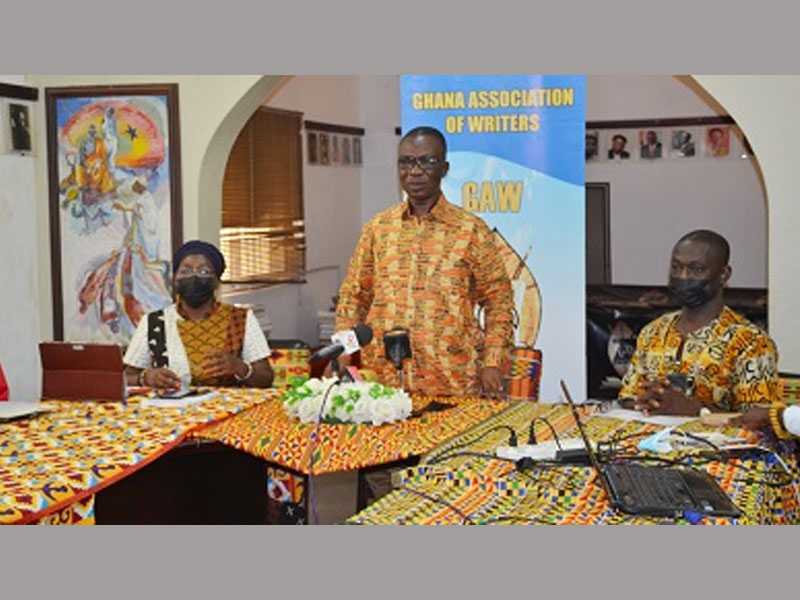 The Ghana Association of Writers (GAW) has launched the 6th GAW Literary Awards in Accra on Tuesday with a call on Ghanaian authors to submit their works for recognition.

The awards aimed at honouring and promoting Ghanaian literary works would be held in November 19, 2022 at a yet to be named venue.

Speaking at the launch, the vice president of the association, Mrs Doris AdabasuKuwornu said opening date for submission of literary works was Tuesday, February 15 and the closing date April 15, 2022.

She mentioned that Achievement and Distinguished Service awards would also be conferred on notable literary personalities, who had contributed in various ways to the development of literature and the arts in the country,

For the rules of entry, the vice president of  GAW said the awards was opened to works by Ghanaian authors or any resident in the country for at least three years and that all works should be in English except for works entered in the  Ghanaian language special awards category.

She further indicated that entries maybe on any subject or theme and should be original and published in Ghana or abroad in physical book format, audio and e-books formats between January 1, 2021 and March 2022.

According to Mrs Kuwornu, the works of the writer should be accessible to the general reading public and that collection of short stories, poetry or essays in newspapers, magazines, or online previously published and compiled into book format were eligible.

“Anthologies of short stories, poetry or essays by multiple authors is ineligible and also writers cannot submit the same work in more than one language in the same award period,” she added.

Mrs Kuwornu indicated that submitted works would be winnowed and shortlisted while assessment of three literary works in each category would be made by literary assessors.

She said that three winners in each category would be declared and announcements of three finalists for all categories would be made three days ahead of the awards event in the media and on all GAW social media platforms.