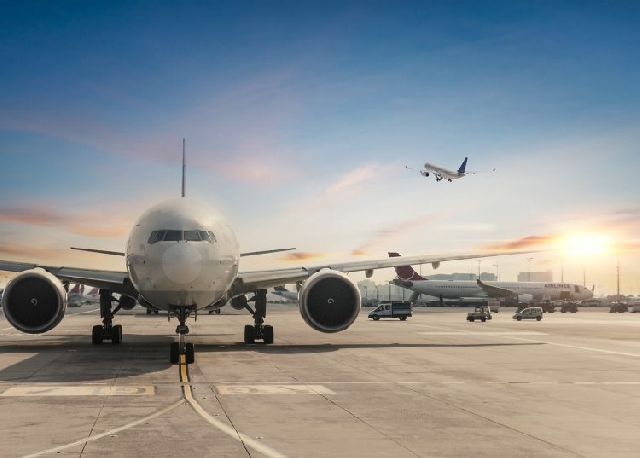 Staff of the Ghana Civil Aviation Authority (GCAA) has threatened to embark on a strike effective Wednesday, 14 October 2020 to demand the return of lands taken away from the Authority.

This was disclosed in a notice by the GCAA to airlines flying from and to the Kotoka International Airport and the general public.

It was co-signed for and on behalf of the Coalition of GCAA workers by its spokespersons William Amoako and John Sampah.

According to the GCAA staff, it “may embark on an action to withdraw some essential services, including Air Traffic Services, from Wednesday, 14th October 2020, to demand the return of lands taken away from the Authority.”

The staff noted that the strike action has become necessary “after exhausting all relevant avenues, including meetings and discussions with the executive management of GCAA and the Ministry of Aviation, interventions by the National Labour Commission and the Ministry of National Security, a letter to the Chief of Staff, a petition to President Nana Addo Dankwa Akufo-Addo, and a recent press conference.”

The statement further noted: “The reallocation or sale of lands strictly meant for aviation purposes to private developers poses serious safety concerns to the aviation industry. You would recall that some of your flights have been experiencing occasional breakdown in communication with air traffic control due to constant interference and heavy background noise on some of our frequencies since October 2, 2020.”

The staff continued that they have “reason to believe that these challenges are due to the activities of real estate developers around our communication systems, navigational aids and surveillance systems on GCAA lands,” as these developments have made it nearly impossible for GCAA “to provide quality air traffic and air navigation services.”

The GCAA staff are, therefore, demanding that the government stop “the threat and damage to vital communication, navigation and surveillance equipment and installations, the wanton demarcation and sale of GCAA lands to private persons” and “the forceful eviction of GCAA staff from their officially allocated bungalows.”

The staff, however, stated that they would rescind their decision to withdraw essential services “only if all activities on the lands are stopped immediately and land titles, by Executive Instrument and lease, are issued in the name of GCAA.”

The Coalition also stated that if its pleas are not “heeded and any accident or serious incident occurs, the following persons, whose actions and inactions have led to this unfortunate situation, must be held accountable: Mad. Cecilia Dapaah, immediate past Minister of Aviation; Joseph Kofi Adda, Minister of Aviation; Kwaku Asomah Cheremeh, Minister of Lands; Air Commodore Rexford GM Acquah (Rtd), Board Chairman of GCAA; Ing. Simon Allotey, immediate past Director-General of GCAA; Ing. Charles Kraikue, Director-General of GCAA; Mr Paul Kontoh, who is a retired Director of General Services at GCAA, but on a two-year contract; and Alhaji Suleiman, Mr Quainoor and Clemence Gyato, all of Lands Commission.”

The coalition emphasised that it is resorting to the strike in “the interest of safety, the sustainable growth of the aviation industry, and a lasting solution to this matter.”

It, however, regretted “the inconveniences that might arise from the withdrawal of these vital services” reiterating that “we must protect current installations and make provisions for new ones.”

Staff of the GCAA had earlier embarked on a protest to register their displeasure about the encroachment of lands belonging to the Authority.

According to the GCAA staff, the aviation sector in the country risks shutting down if steps are not taken to protect its lands.

A statement issued by the leaders of the GCAA staff noted: “The aviation industry is dynamic and driven by technology”.

“This means that new technology may spring up, which requires a piece of land for its implementation.

“Some parcels of land must, therefore, be set aside for those purposes.

“Non-availability of land for these installations will mean there is no future for aviation in Ghana”, they warned.