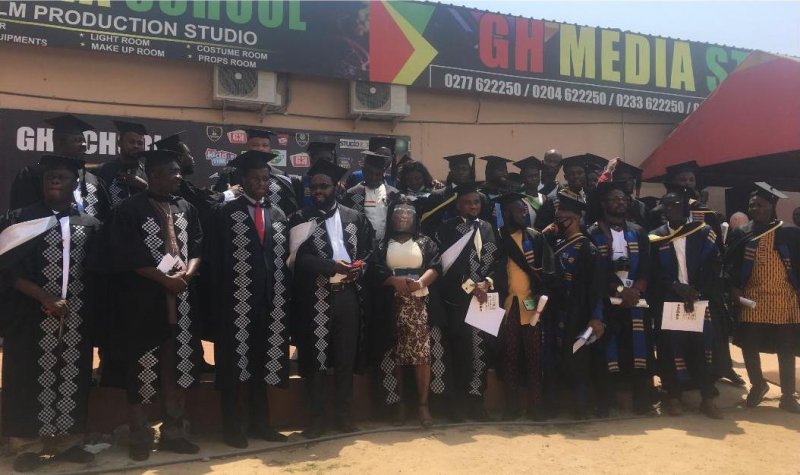 The GH Media School has graduated 151 students in its seventh graduation ceremony held in Accra. The ceremony was on the theme: “The Role of Trained Media Professionals in Peaceful Election.

The GH Media School has graduated 151 students in its seventh graduation ceremony held in Accra.

The ceremony was on the theme: “The Role of Trained Media Professionals in Peaceful Election.”

Dr Kofi Osei Kusi, Chancellor for GH Media, said the institution was focused on skills development and helping young people acquire skills that would enable them to get jobs and maximize their potential in life.

The Chancellor said the media was pivotal during elections in getting information across to the public and receiving feedback and it was crucial they remained unbiased, objective, giving a fair listening and fair audience to all competing political parties.

“If the media is biased, we are not going to get the full perspective of what is happening. We need to present comprehensive information from the political parties so the people can make their decisions. The media has a crucial role in promoting democracy and peace in this country,” he added.

Mr Leslie Addo Listowell, the Rector of the School, said though the COVID-19 pandemic had impacted negatively on the industry, one’s ability to adapt and make the most out of the situation would prove the relevance of the training they received from the school.

The Rector urged the graduates to be alert and proactive to be able to grab opportunities as and when they presented themselves.

However, they must show responsible behaviour and professional ethic in the performance of their duties.

“Our attitude, skill and knowledge model of training coupled with our core values of passion, professionalism and progressiveness should always be your hallmark. We believe in your competencies and so we are counting on you to prove yourselves and lift the GH Brand.

Become relevant, competitive and competent in your chosen fields of work,” he said.

In a speech read on behalf of Ambassador Kabral Blay-Amihere, the special guest of honour, by Mr Andrew Edwin Arthur, President for the Private Newspaper Publishers Association of Ghana (PRINPAG), he said the media was the only institution capable of holding all stakeholders, Political parties, Security Agencies and the Electoral Commission, accountable for their actions and omissions.

He urged media practitioners to be circumspect in their reportage on election-related matters, ensure the love of the nation above all considerations and uphold the standards of the journalism profession in order not to create needless tension in the country.

“Let us be responsible enough in these critical times, abide by the ethics of our profession and resist all attempts by politicians to influence us to do their bidding in a way that could plunge the entire nation into chaos. I urge media practitioners to expose politicians, who would want to use the media to foment trouble in the country, no matter the expected reward,” he said.

He called on the media to educate both politicians and the public to understand that politics was about a contest of ideas that should be done devoid of insults and antagonisms.
The graduates read a two-year diploma programme in Journalism and Media Studies, Journalism and Media Arts, Television and Film Production, and Integrated Marketing Communications.