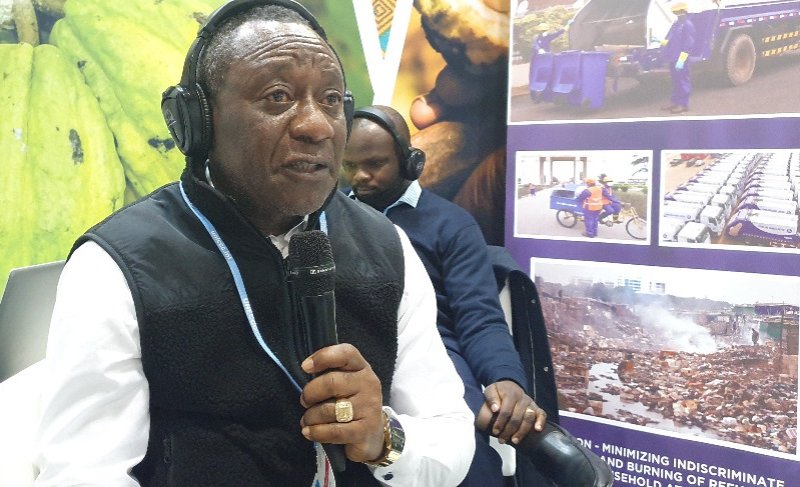 – A Ghana Day event has been marked at the COP26 in Glasgow to allow all state agencies engaged in climate change negotiations to showcase their specific actions and involvement in the deliberations.

The event, held at the Ghana Pavilion, attracted huge patronage, which many visitors described as impressive and significant.

It was hosted by the Environmental Protection Agency (EPA), the frontline agency in Ghana’s climate actions.

The various negotiators from the EPA, the Forestry Commission, Transport, Energy, Environment and Food and Agriculture ministries, as well as representatives of the Parliamentary Select Committee on Environment and Natural Resources, among others, took turns to speak on their fields of engagement.

They touched on Ghana’s enhanced Nationally Determined Contributions (NDCs), which had just been submitted to the COP; implication of response measures of NDCs, progress on implementation of National Adaptation Plans, energy, forestry, and climate change education in the schools.

The occasion also saw the official launch of Ghana’s enhanced NDCs under the Paris Agreement by Dr Kwaku Afriyie, the Minister of Environment, Science, Technology and Innovation.

He emphasised Ghana’s resolve to work with other African countries to ensure the industrialised nations took responsibility of their actions’ and released funds to Africa to mitigate climate change impact.

He said the whole of Africa contributed less than four per cent to global emissions, hence the duty of the western world, who contributed a greater amount of the emissions, to own up to their responsibility.

Dr Henry Kwabena Kokofu, the Executive Director of EPA, said the entire negotiations on climate change hinged on finance to fund the mitigation and adaption measures that countries, especially Africa, had developed.

Mr Lawrence Apaalse, the Chief Director, Ministry of Energy, said Ghana was working to embrace the introduction of electric cars into its transportation system, and pursuing renewable energy with the rolling out of solar panels, promotion and distribution of clean cooking stoves, and other interventions as its role in the climate fight.

Dr Hamza Adam, Ranking Member, Parliamentary Select Committee on Environment and Natural Resources, said the parliamentarians participated in the COP to build their capacity on issues of negotiations.

They also wanted to witness some of the agreements to be secured by Ghana’s team of negotiators and be able to discuss them effectively in Parliament, backed by legislation.