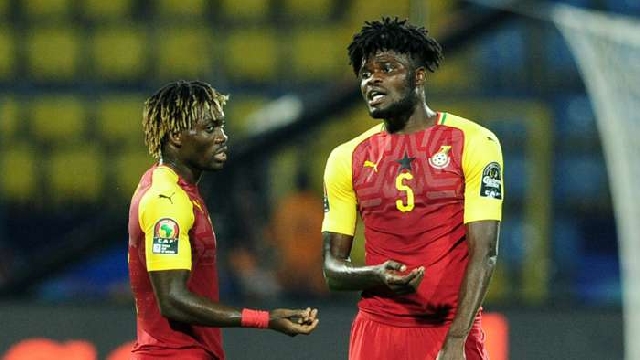 Ghana have fallen by two places on the latest edition of the Fifa World Rankings announced for the month of October.

The development comes on the back of the Black Stars’ recent 3-0 loss to African counterparts Mali and a 5-1 thrashing of Asian champions and 2022 World Cup hosts Qatar in friendly matches earlier this month.

The two games were part of 120 international ties played by nations across the globe over the last month.

Released via Fifa’s official website on Thursday, September’s rankings sees Ghana move down to 48th position, a place below Hungary and a spot above Jamaica.

There was also a drop in the Black Stars’ total accumulated points by one from 1439 to 1438.

Last year by this time – with James Kwasi Appiah as head coach of the side – Ghana held 51st position in the world and seventh spot in Africa.

Senegal (21st in the world) still lead the African table despite dropping down by one place on the world order.

Tunisia (26), Africa Cup of Nations champions Algeria (who have moved up by five places to 30th in the world), Nigeria (fallen by three places to 32nd spot) and Morocco (up by four places to 39th) are Africa’s top five teams.

Back on the world table, there were no changes among the top five as Belgium maintain first position, followed by France, Brazil, England and Portugal in that order.

Spain have moved one place up to take over sixth position, displacing Uruguay by a spot. Argentina (8th) and Uruguay (9th) similarly exchanged positions but Colombia have done well to keep hold of their 10th position from last month.

Ghana’s recent friendlies against Mali and Qatar were preparatory games for the Black Stars ahead of the resumption of the 2022 Africa Cup of Nations (Afcon) qualifiers in November when Akonnor’s outfit take on Sudan in a double-header.

The next Fifa rankings will be released on November 26.