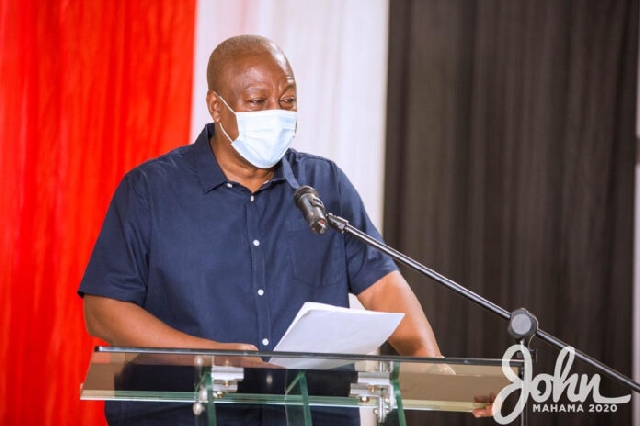 The flagbearer of the main opposition National Democratic Congress (NDC), Mr John Mahama, has said he is seeking another mandate as president to deliver jobs to young people in the country.

He has identified that the youth need jobs and has, therefore, promised to create more than one million jobs if elected President again in the December 7 polls.

According to Mr Mahama, “if we don’t do this urgently, we have a time bomb ticking away”.

Speaking on Woezor TV, the former President said: “My central message to Ghanaians is that we need jobs jobs jobs. The central plank of my second coming as President is to deliver jobs to our young people.

“If we don’t do this urgently, we have a time bomb ticking away and so everything, every policy, every sector is going to be focused on creating jobs for young people.

“And, so, I’m coming out with the 1 million jobs plan.

“We’ll create more than 1 million jobs, some in the public sector, some in the private sector, and it’s a very well thought out plan”.

This is not the first time Mr Mahama has promised to create one million jobs if elected.

Outdooring his running mate Prof Naana Jane Opoku-Agyemang on Monday, 27 July 2020 in Accra, the NDC flagbearer said: “Our plans include an aggressive job and entrepreneurial programme in the public and private sector that will deliver a minimum 250,000 jobs every year”.

“We will put Ghanaians to work to earn a decent living”, Mr Mahama said.