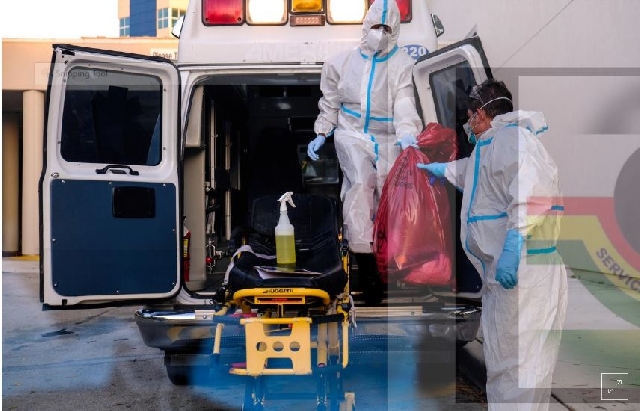 Global coronavirus infections surged past 15 million on Wednesday, according to a Reuters tally, with the pandemic gathering pace even as countries remain divided in their response to the crisis.

In the United States, which has the highest number of cases in the world with 3.91 million infections, President Donald Trump warned: “It will probably, unfortunately, get worse before it gets better.”

The top five countries with the most cases is rounded out by Brazil, India, Russia and South Africa. But, the Reuters tally shows the disease is accelerating the fastest in the Americas, which account for more than half the world’s infections and half its deaths.

Globally, the rate of new infections shows no sign of slowing, according to the Reuters tally, based on official reports.

After the first COVID-19 case was reported in Wuhan, China, in early January, it took about 15 weeks to reach 2 million cases. By contrast, it took just eight days to climb above 15 million from the 13 million reached on July 13.

The official number of coronavirus cases at 15,009,213 is at least triple the number of severe influenza illnesses recorded annually, according to World Health Organization data, while the death toll of more than 616,000 in seven months is close to the upper range of yearly influenza deaths.

With the first wave of the virus still to peak in several countries and a resurgence of case numbers in others, some countries are reintroducing strict social distancing measures while others relax restrictions.

Stung by low approval ratings for his handling of the epidemic and downplaying the risks during the early stages, Trump made a significant shift in rhetoric on Tuesday, encouraging Americans to wear a face mask.