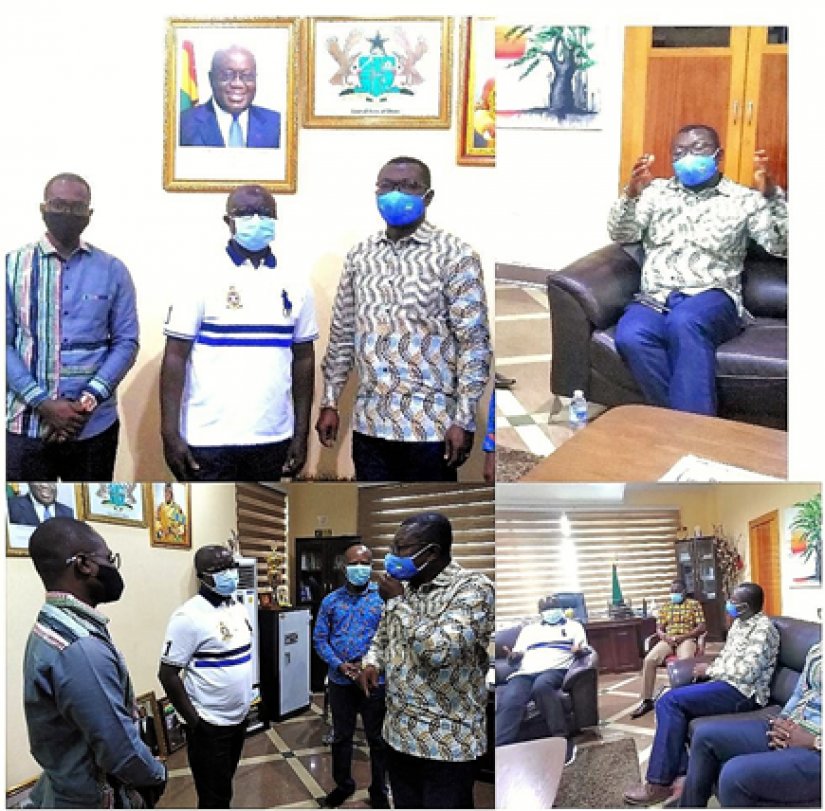 Mr Osei Assibey-Antwi, the Metropolitan Chief Executive (MCE), said the unbiased and authentic news items produced by the GNA, which is the oldest news agency in sub-Saharan Africa, deserved commendation.

The Agency’s critical role, especially in the area of information flow, he said, had helped to keep the masses informed about issues pertaining to development and making sound decisions and choices.

Mr. Assibey-Antwi, who was addressing a GNA delegation, led by Mr. Albert Kofi Owusu, the General Manager, and included Mr. Joseph Baffoe, the Director of Administration, at his office in Kumasi, underscored the need for the Agency to explore avenues in mentoring the upcoming media outlets.

“We have a lot of media houses springing up in the society now, but the impact of their work in terms of quality news delivery cannot match up to what the GNA has been offering,” he noted.

“Everybody seems to be doing what pleases him or her in the media landscape now.

“It is important that the GNA works in fashioning out training programmes for the various radio stations and other media outlets springing up to enable them to appreciate professionalism in the discharge of their duties,” the MCE recommended to the GNA Management.

The delegation is on a working visit to the Ashanti Region to interact with staff of the Agency, and also establish linkages with Ministries, Departments and Agencies (MDAs).

This forms part of the Management’s vision and mission to make the GNA much more relevant in Ghana’s development agenda.

Mr. Kofi Owusu said that research had indicated that about eighty (80) percent of radio stations in the Ashanti Region, which boasts of about 50 radio stations, depended on the GNA for news delivery.

He said plans were far advanced by the Agency to train its reporters to effectively cover the various Metropolitan, Municipal and District assemblies to facilitate information flow across all levels of the Ghanaian society and to elicit the necessary feedback for good governance.

The GNA General Manager said it looked forward to deepening collaboration with all institutions for the benefit of the people.

Mr. Owusu outlined the responsibilities and duties of the GNA in promoting social cohesion, peace and unity within the context of the nation’s development agenda and projecting the Ghanaian identity, especially in the era of globalisation.

He lauded the MCE for granting the GNA audience, and assured him of the Agency’s commitment to work with the KMA in achieving its development objectives.