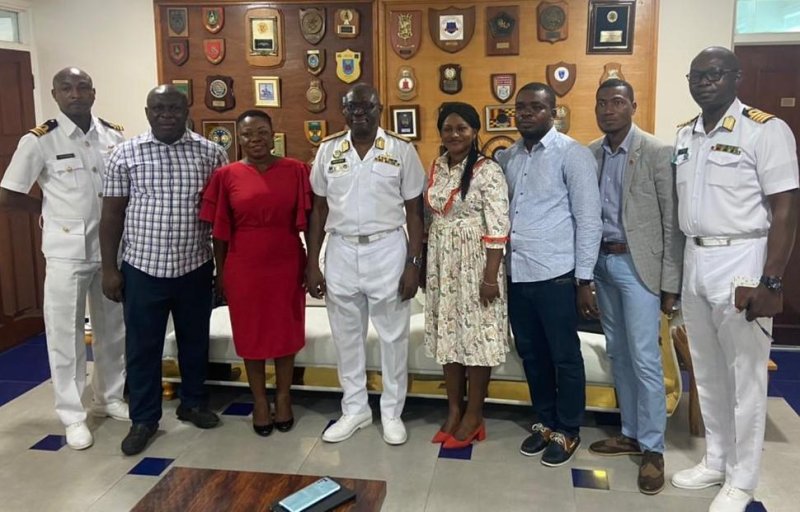 Rear Admiral Issah Yakubu, Chief of the Naval Staff, says the government is developing a National Integration Maritime Strategy to define the mandate of the various stakeholders in the industry.

Rear Admiral Yakubu, who was speaking with members of the newly created Ports Journalists Network (PJN), said the strategy was necessary due to the many Ministries, Agencies and Departments (MDAs) involved in the sector.

He said the strategy was being done through the Security Governance Initiative and championed by the National Security with the Ghana Navy playing a big role in its drafting.

He said when done, it would spell out the role of the various MDAs and also help them to collaborate.

He said, “If the Navy have a ship, should another agency go and buy the same ship that does the same thing when we can easily collaborate, put our resources together and support each other because at the end of the day it is for one goal, the safety security and blossoming of our blue economy.”

He urged the members of the PJN to be advocates for the strategy, which would drive the country’s blue economy to be harnessed well for the wellbeing of the state.

Touching on piracy, the Chief of the Naval Staff said activities of pirates attacking vessels and kidnapping of the crew was a problem that greatly affected the image of Ghana and the sub-region, indicating that the Gulf of Guinea was a known piracy hotspot, which accounted for almost 90 per cent of all piracy attacks.

“We have put in some measures and if you have been monitoring for the past few months it has reduced. We are hoping that the measures we have put in place are sustained to accelerate economic growth,” he said.

He urged PJN members to continue to discharge their mandate professionally devoid of sensationalism, stressing that they “remain professionals in reporting on maritime issues.”

He also asked them to remain focus on their objectives, giving the assurance that the Ghana Navy was ready to collaborate with them to project the sector.

Mr Elvis Darko, PJN Team Lead, who introduced the group, said for the sector to improve, there was the need for understanding of the issues and the collaboration between stakeholders to address them to attract more trade into Ghana.

Mr Darko indicated that to serve the industry better the journalists recognized the need to come together as one group to report on issues as well as serve as advocates.

He noted that with this, the PJN would be able to do a bi-annual report on pressing issues in the port and maritime sectors and present it to the relevant institutions with subsequent follow-ups to ensure that the issues received the needed attention.

He said with this, the neutral journalists would become the voice to amplify the issues and demand answers from leadership.

He said, “it is not deliberate for journalists to publish something wrong, it happens because most don’t have in-depth knowledge on the industry and therefore turn to use literal translations to report on technical things.”