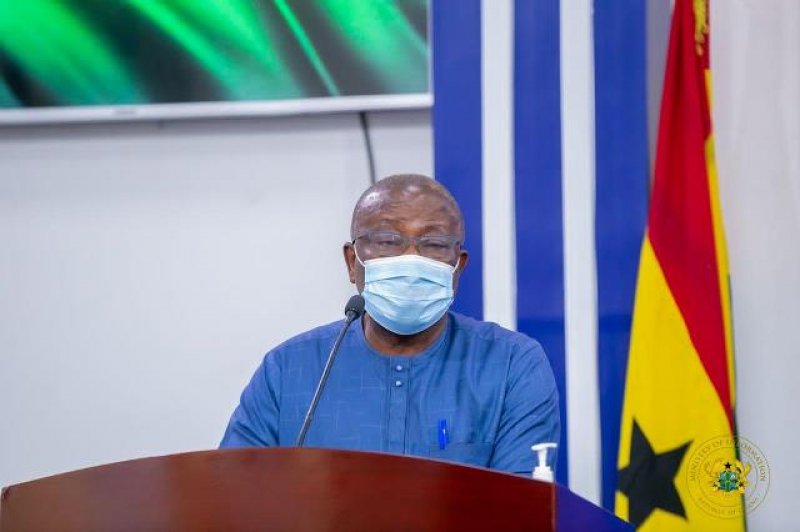 The Ministry of Health says the government is on course to complete all health projects it inherited from the previous administration in 2017.

It has, therefore, denied claims by a section of the public that it had abandoned health projects started under the previous government.

Speaking at a news conference in Accra on Wednesday, Mr Kwaku Agyemang-Manu, Minister of Health (MoH), said no such projects had been left untouched since he assumed office in 2017.

“Since I joined the Ministry no project has been abandoned,” he emphasized.

Mr Agyemang-Manu disclosed that work on health projects such as the Kumawu, Fomena and Sekondi hospitals had commenced and was expected to be completed in due course.

“The previous government had a contracting agreement we call NMS that was supposed to do about six projects. The only single project that was completed under this arrangement was the Dodowa Hospital. When we came in, they were completing Kumawu, Fomena and Sekondi Floor work so we did an assessment with finance and what came out was the fact that monies left couldn’t complete the projects that had not been undertaken,” he said.

The Health Minister added that “We needed to engage, value for money audits went through, brought a report and we engaged them and likely for us we are managing to get the contractors back to the site.

The Minister added 10 health projects, which started under the previous government in areas such as Besease, Gomoa Dewurampong, Gyamera, Mampong, and Ekumfi were completed in late 2017 and early 2018.

“So I am beginning to wonder which projects we have abandoned. Even Bekwai has been completed and is in use as we speak.

“We have triggered the continuation of Eurojet projects that were started by President Kufour, left abandoned, is not done now we have completed a significant portion of this project, Tepa is online, Nsorkor is online and Upper West Regional hospital is online,” he said.

He also noted that 12 projects, including the La and Shama hospital which the government cut sod last year for its commencement, had been delayed due to the outbreak of the COVID-19 second wave.

He, however, disclosed in the next two weeks work on all the 12 projects would commence, following the completion of the necessary processes.

“The good news is that all that we have to do on these projects have now been completed and within the next two weeks, our government alone is mobilizing to 12 different sites. Shama and La, next week you will see work ongoing in these places,” he said.

Dr Ben Ampomah Nkansah, Director of Infrastructure, MoH added that the government had earmarked several health projects to be undertaken this year including the construction of trauma centres at Obuasi and Anyinam in the Ashanti and Eastern regions respectively and rehabilitation of the Ngleshie Government Hospital in the Greater Accra Region.

“All these projects as I speak the contractor has moved to site and work is ongoing,” he said.

Dr Anthony Nsiah Asare, the Presidential Adviser on Health, assured of the government’s commitment to complete all 111 hospitals under the “Agenda 111” hospital project to facilitate the achievement of Universal Health Coverage.