Gov’t to ease restrictions on Kotoko, Ashantigold ahead of CAF inter-club duties 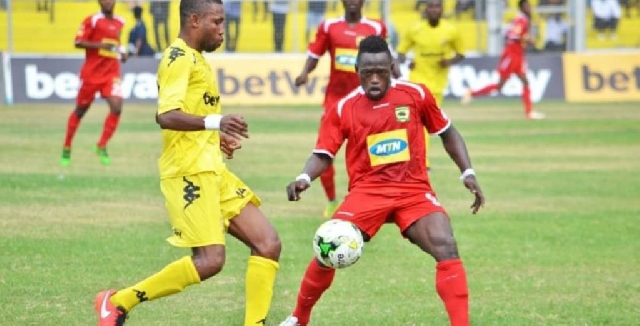 The government could ease the restriction on Ghana’s representatives in Africa, Kotoko and Ashantigold, ahead of the start of the competition CAF Champions League, according to a special advisor on health at the presidency, Dr Nsiah Asare.

Asante Kotoko and Ashantigold will represent Ghana in the CAF Champions League and Confederation Cup respectively, following the cancellation of the 2019/20 season.

On Sunday, President Nana Akufo Addo announced the Black Maidens, the Black Princesses and the Black Starlets will be allowed to start preparing ahead of their international assignments in September.

The decision has led to calls for domestic clubs to start training, but Dr Nsiah Asare insists the outcome of the easing of restrictions on the national youth teams will serve as a measure for Kotoko and Ashantigold to begin preparations.

“The African club competition is a continental competition, how we handle the national team’s situation now will be a basis for the government in deciding the fate of Asante Kotoko and Ashantigold whether to allow them to train or not”, he told Kumasi FM.

“When the time approaches and the GFA, MOYS and NSA present a legitimate proposal, precautions and protocols on the safety mechanisms, we will allow them to play to bring happiness back to the fans.

“The health experts will look into the health risks and if it’s low, we will allow them. The countries our clubs will go to, will also influence our decision; some countries do not even conduct Covid-19 test”.

“They will have to go through the same process the national teams are going through now.”