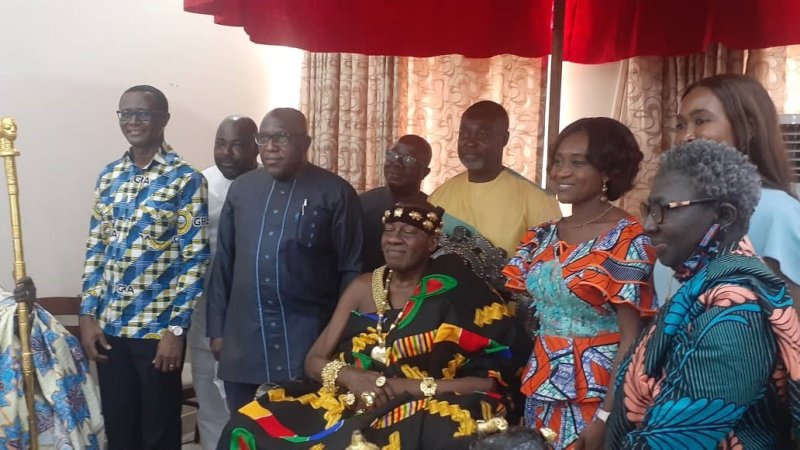 The Ghana Revenue Authority (GRA) has planned to establish a tax court to deal with tax evasion prosecution cases as part of its intensive debt collection drive and prosecution of defaulters.

Rev Ammishadai Owusu-Amoah, Commissioner-General of GRA, who announced this at the opening session of a 3-day management retreat in the Eastern Regional capital, Koforidua, on Thursday, said plans for setting up the Court were far advanced.

He said the prosecution of tax cases would go on alongside intensive public education on payment of taxes, adding: “We are of the view that education must transform into compliance and if that is not done, the necessary measures including prosecution cannot be overlooked”.

The GRA management retreat was on the theme, “Digitisation and Compliance for Effective Revenue Mobilization.”

Rev Owusu-Amoah said the next phase of the digitisation system deployed in 2020 would be pursued vigorously to make tax payment very convenient, adding, by the end of 2021 GRA would move to a cashless system.

The system, he said, is expected to make payment of taxes at all GRA offices cease while by May this year all tax payments are done online and all cashiers redeployed by July.

Despite COVID-19 negative impacts on the global economy, he said GRA was able to exceed its revenue target of 42,769.50 billion Ghana cedis for 2020 and commended the staff for their commitment and professionalism.

He said by December 2020, his outfit had collected 45,338.69 billion exceeding its target by 2,569.19 billion with a positive deviation of 6.0 percent, representing a nominal growth rate of 3.3 percent over 2019 performance
This year, GRA has challenged itself to collect 60 billion Ghana cedis, a 32 percent increase over last year’s target.

Rev Owusu-Amoah said a new division with specific objectives to achieve a tax-to-GDP ratio of 17.5 percent by 2022 had been set up.

Mr Ken Ofori-Atta, Minister of Finance, in a speech read on his behalf, described the feat chalked by GRA as no mean achievement, though 2020 was not a normal year.

He said digitizing the tax collection system was key to achieving revenue sector objectives and entreated the staff of GRA to work with high professional standards.

Daasebre Oti Boateng, Omanhene of New Juaben Traditional Area, called on GRA to collaborate with root-based institutions to improve payment of taxes by the informal sector.

He noted that educating people in the informal sector to appreciate the need to pay taxes was key in any strategy to widen the tax net and urged GRA to invest in ways that deepen tax education.

The 3-day retreat is being attended by GRA commissioners and sector commanders countrywide to review its performance last year and strategise for 2022.