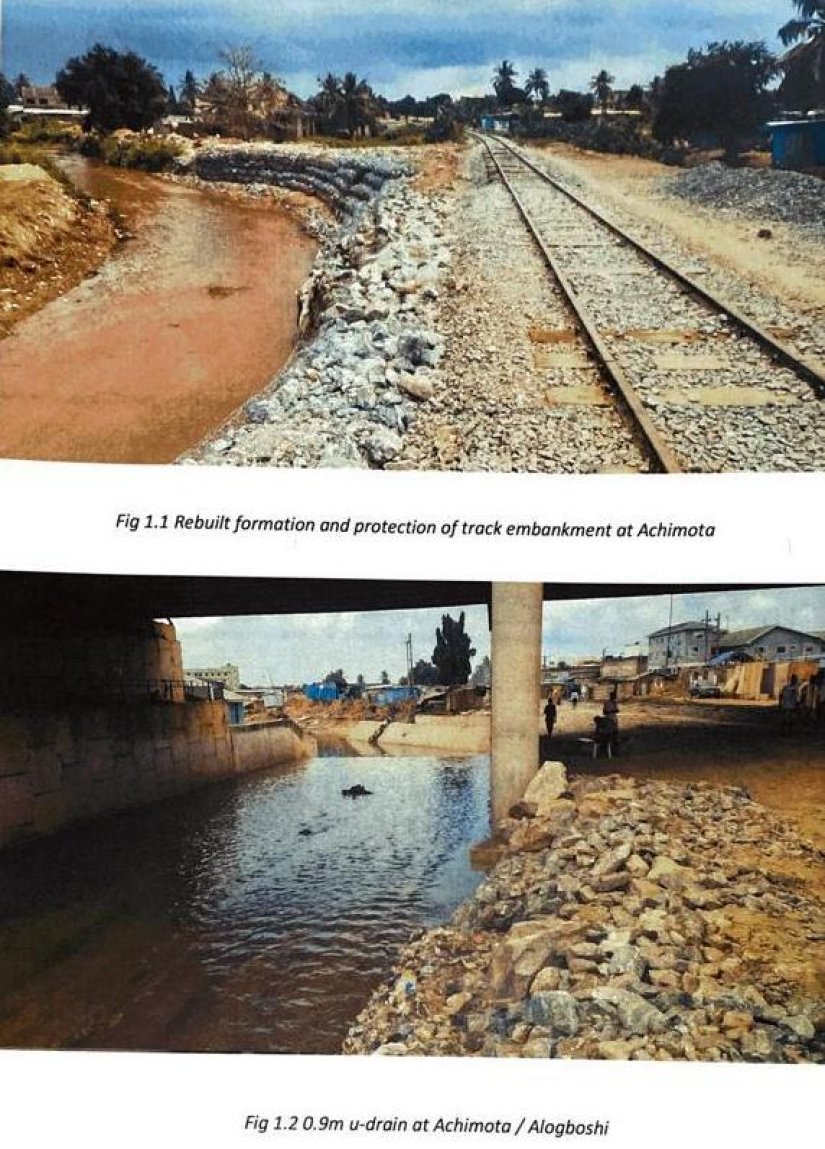 A statement issued by the Management of the GRCL in Accra on Friday, said a number of civil works had been undertaken along the track since flood affected the formation of the rehabilitated colonial line, which was rehabilitated by the Ghana Railway Company Limited.

Works are currently ongoing along the track as part of efforts to ensure its integrity.

The Company has lamented about a failed storm drain under the Achimota-Alogboshie overpass.

The GRCL has observed that the failed storm drain, caused by heavy downpour in Accra and its environs did not only expose the foundation of the center pier of the bridge at Achimota-Alogboshie, but also eroded portion of the railway track formation bed under the overpass, which needed to be repaired to prevent further damage to the track formation.

The Company said other there other civil works, such as provision of culverts, concrete drains, reconstruction of track embankment among others.

The company had to be undertaken at flood prone areas along the rail line between Accra and Nsawam, i.e. Dome, Ofankor, Pokuase and Chinto, to forestall the perennial washout associated with the rainy season.

The GRCL has, therefore, indicated that ensuring a resilient track structure for safe passenger train traffic, would require that it continued further works to improve the integrity of the rail line.

The Railway Company stated that some of the works that have so far been done are the provision of concrete “U” drains, measuring 0.9meters, and 0.6 in diameter, along the aforementioned areas on the Accra to Nsawam rail line, protection of the track embankment and culverts.

It added that the drains were constructed at opposite sides of the track to intercept surface runoff coming from the catchment areas slightly higher and sloping towards the rail line.

Furthermore, GRCL has highlighted the reconstruction of the eroded track formation bed under the Achimota-Alogboshie overpass and also the provision of a 50-meter length wing walls, using boulders neatly parked into gabion sacks on both sides along the failed storm drain, to prevent the overflow of water onto the rail line and also to protect the track embankment and formation were also carried out.

However, it said the rail line around the Dome Railway Station suffers periodic washout during rainy seasons due to the inability of running water to flow along its right channel.

As such, it noted that to solve this problem, gabion nets filled with boulders have been used as a wall to protect the track formation and also direct the flow of water.

The Accra-Nsawam Rail line was constructed between 1910 and 1912, during colonial times.

Until 2017, it had not seen major rehabilitation since its construction in the colonial era.