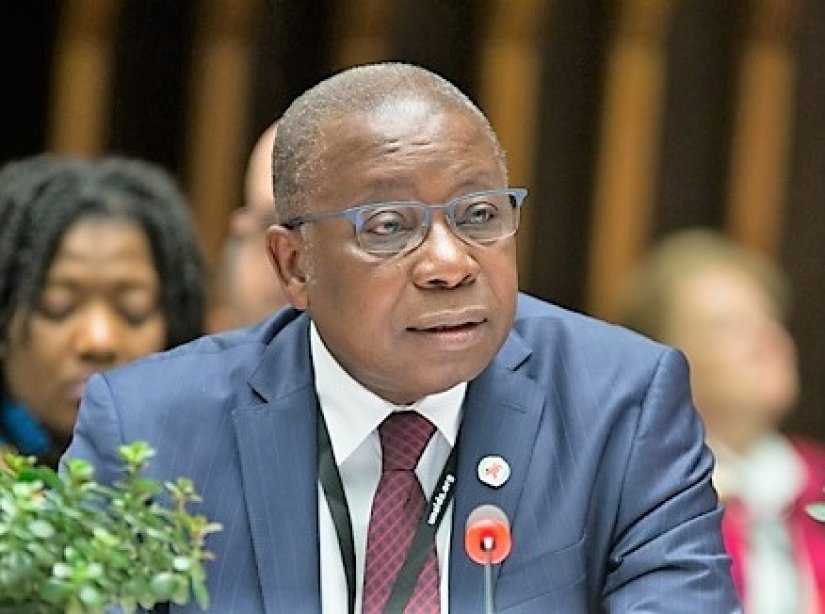 He said the government had already invested millions of cedis to contain the spread of the COVID-19, but regretted that new figures of the virus disease kept increasing, and advised Ghanaians to strictly adhere to health and safety protocols.

Mr. Agyemang-Manu gave the advice when he was speaking at a sod-cutting ceremony for the construction of a modern lorry terminal at Dormaa-Ahenkro in the Dormaa Central Municipality of the Bono Region.

The project estimated at GhC3.8 million, and expected to be completed within nine months would cover 65,000 square metres with the capacity to contain 92 buses.

It forms part of the Ghana Secondary City Support Project being implemented in 25 Municipalities in the country.

It would help to strengthen local systems and provide the needed support to the Municipal Assemblies for effective urban management and service delivery.

Mr. Agyemang-Manu who is the Member of Parliament (MP) for Dormaa Central indicated the COVID-19 was real, saying without support and cooperation from Ghanaians, it would be difficult for the nation to stem the spread of the disease.

He regretted many people had the nose masks, but they had failed to wear them and reminded that refusal to wear the masks was a serious offence punishable by law.