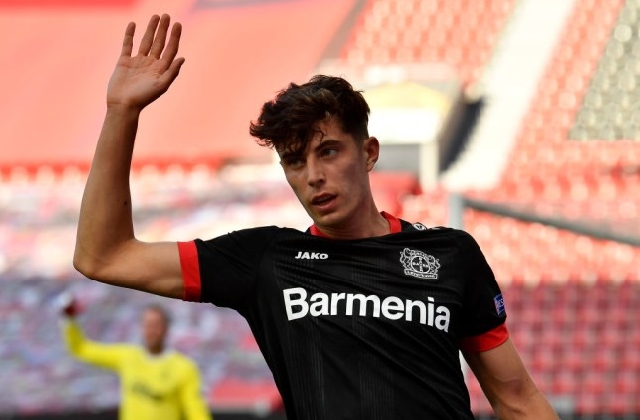 Bayer Leverkusen attacking midfielder Kai Havertz is set to sign for Chelsea in a deal worth about £71m, including add-ons.

The 21-year-old Germany international has been given permission to leave the national squad’s training camp and will travel to London before having a medical.

The deal is expected to be completed within 24 hours.

Goalkeeper Kepa Arrizabalaga remains Chelsea’s record signing when he joined from Athletic Bilbao in 2018 for a £71m fee.

Leverkusen sporting director Rudi Voller said he was “grateful to the national coach that Kai can now sort things out with our support on site in London”.

Havertz, who has seven caps, was an unused substitute in Germany’s 1-1 Nations League draw with Spain on Thursday, with the German team set to face Switzerland on Sunday.

Last season Havertz scored 18 goals in 45 appearances for Leverkusen, including seven in nine games after the Bundesliga season restarted.