Hawa Koomson no longer tenable, she must resign or be fired – GPCC 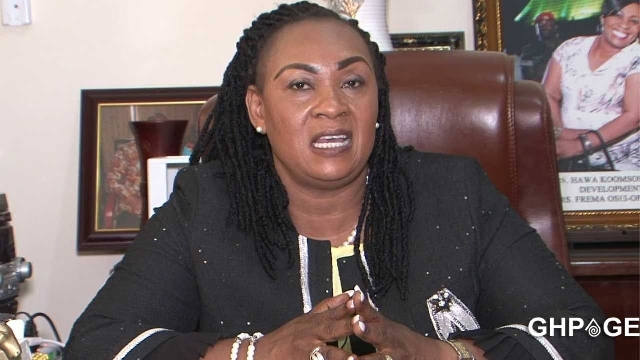 The Ghana Pentecostal and Charismatic Council (GPCC) has called for the resignation of the Minister of Special Development Initiatives, Mrs Mavis Hawa Koomson, as, according to them, she is “no longer tenable.”

The GPCC also wants President Akufo-Addo to dismiss the minister if she fails to resign.

Ms Koomson has admitted to firing a warning shot that marred the voter registration exercise at a centre within the Awutu Senya East Constituency (Kasoa) on Monday, 20 July 2020.

The MP for the Constituency said she took a gun to the centre for personal protection in her attempt to stop the parliamentary candidate of the National Democratic Congress (NDC), Phyllis Naa Koryoo, from busing aliens to the area to register.

Reacting to the incident, GPCC, in a statement signed by its President, Rev Prof Paul Frimpong-Manso, said it has followed the incident with great concern and “more worrying is the involvement of the Member of Parliament for the area”.

The GPCC called on “the Ghana Police Service not to relent in their efforts in bringing all perpetrators of the shooting incident, including the Minister to book by ensuring that justice and fair play is manifestly seen to be done in this matter.”

The Council rehashed that: “The Ghana Police Service has the capacity and is capable of dealing with crimes of this nature without fear or favour and we wish to encourage them to rise up to this challenge in dealing with this and the earlier one reported at Banda Ahenkro in the Bono East Region no matter whose ox is gored so as to assure us that we can trust them to deal with all forms of violence ahead of the 2020 general election.”

The GPCC is also of the view that the “Minister of state is no longer tenable and she must resign or be fired by the President without prejudice to any criminal actions that may be taken against her by the Police” and called on President Nana Addo Dankwa Akufo-Addo “to take immediate action on this matter to safeguard the peace and security of this nation and to assure all Ghanaians that we can trust him to keep this nation together in unity ahead of the General Elections in December.”

The GPCC also urged “Ghanaians, especially aggrieved individuals and parties at every stage of the electoral process, to resort to the time tested electoral laws and conflict resolution mechanisms and institutions to resolve” their grievances rather than violence.

It reminded citizens that: “It pays to use non-violent means to resolve our differences than the violent approaches, which could deprive us of our liberties, relations and even our lives.”

GPCC urged the youth to channel their energies, talents and skills into very productive endeavours and refuse to be used by unpatriotic politicians for their greedy parochial interests saying “today and the future belongs to you so jealously guard it!”

The Council further reminded Ghanaians that “we have only one Ghana to live in with nowhere else to go in the event of any escalated violence, though it is an open secret that the politicians we are willing to die for have their passports and that of their families ready to fly out of this country should violence erupt”.

“Let’s be prudent and act responsibly to maintain the peace and security of Ghana for the future of our children and generations yet unborn.”