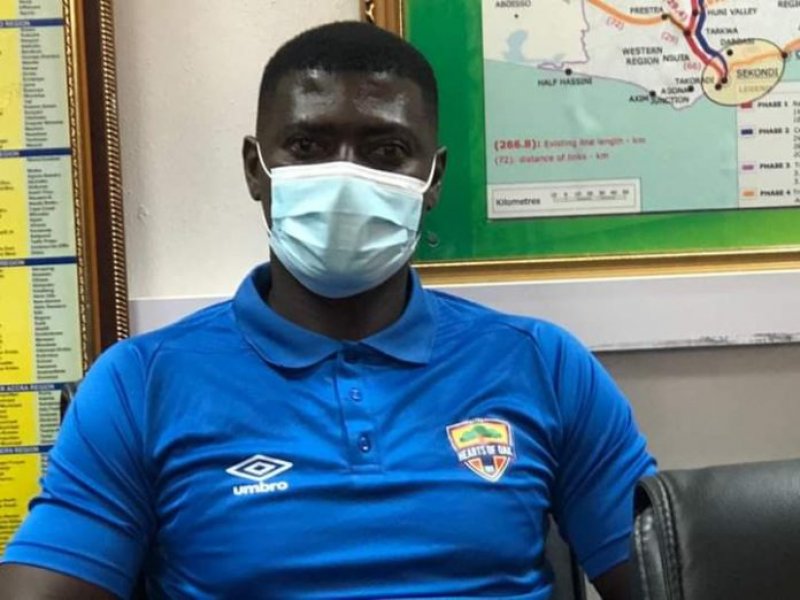 Samuel Boadu, Head Coach of Accra Hearts of Oak has downplayed league title ambitions of his side revealing that their target is to secure a good position on the league table at the end of the season.

The Phobians who last won the league title in the 2009/10 season is currently placed third on the 2020/21 Ghana Premier League table with 30 points from 18 matches.

Speaking at a post-match press conference after their 2-0 win against Medeama on Easter Sunday, Coach Boadu said they were not in hurry to break their 12-year trophy-less drought but focused on securing a good position at the end of the season.

“We are not in a hurry for the league title this year. The focus is to win every match that we play so that it would give us a good position,” Coach Boadu said.

When asked to share his thoughts about their encounter with Aduana Stars, Coach Boadu said, “It was a very tough game and we didn’t play the way we wanted to play.

“I like playing possessive football but Aduana did not allow us to control the game and when we got the goal things became very difficult but we managed the game to get all three points.”

Hearts would travel to Obuasi to face AshantiGold in a week 19 encounter scheduled next Sunday at the Len Clay Sports Stadium.