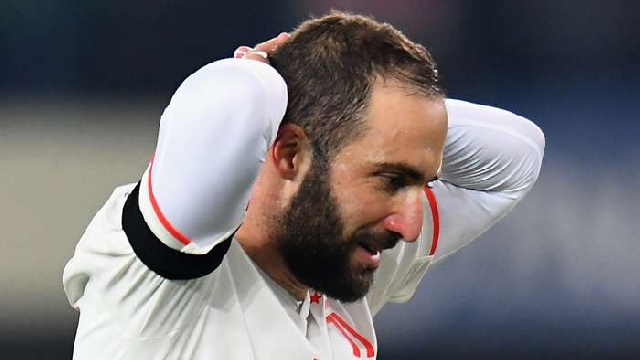 The Argentine moved to America after severing ties with Juventus, with the 32-year-old eager to start enjoying his football again at Inter Miami.

Gonzalo Higuain says he linked up with David Beckham’s MLS franchise Inter Miami because he was no longer enjoying his football in Europe.

The Argentine striker left his homeland to go chasing the dream at Real Madrid back in 2007 and considerable success has been enjoyed across spells in Spain, Italy and England.

The prolific frontman has over 300 club goals to his name and has been a go-to option for the likes of Napoli, Juventus, AC Milan and Chelsea.

Higuain’s powers started to wane towards the end of his time in Turin and, while Maurizio Sarri has always been a big admirer of the South American, others started to question his value to the collective cause.

Higuain hit the target just 11 times in the 2019-20 campaign, leading him to weigh up his options as Juve did likewise.

The Serie A champions eventually agreed to free him from his contract, allowing a move to America to be made.

The 32-year-old, who has since been joined by his brother Federico in Florida, believes he has taken the right career call as he was no longer playing with a smile on his face in Europe.

Higuain told the Que Golazo podcast on CBS: “I always followed MLS closely because my brother and other great players were there.

“But I wanted to come here with the intention of once again being happy while playing and I believe Inter Miami have given me everything I need.

“Coming here to this league gives me the sensation like when I was child and I had fun playing, that wasn’t the case anymore in Europe for many reasons.

“I believe from a media standpoint, Europe was too much. I had to prove something match after match, which is something I did my entire career. They don’t give you the time to enjoy the fact you play football.”

Higuain, who missed a penalty on his debut for Inter Miami, is already up and running for his new club and believes he can deliver the goods in MLS after becoming the first of what Manchester United and Real Madrid legend Beckham hopes will be many marquee additions in Fort Lauderdale.