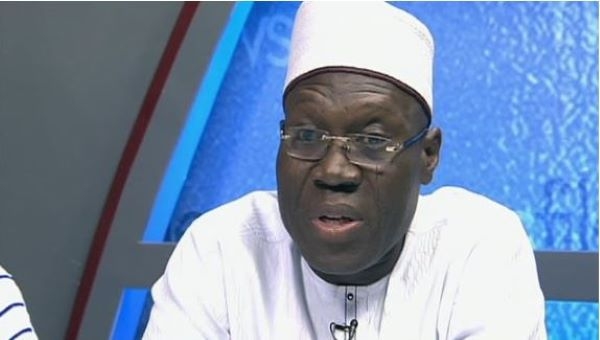 Tamale Central MP Inusah Fuseini has said although he did not verify a claim brought to his attention by a group of people concerning an allegation that a Ghanaian government official had been arrested by UK authorities in Britain for attempting to smuggle £26 million into that country, he felt he had cause to give the claim some credibility.

This follows a denial by Information Minister Kojo Oppong Nkrumah that anything of the sort happened.

“Let me tell my brother and colleague Kojo Oppong Nkrumah that I’m not a purveyor of fake news and I will not put something on air if I don’t have reasonable belief in that”, Mr Fuseini told Kofi Oppong Asamoah on Class91.3FM’s 12Live news on Monday, 12 October 2020.

According to him, “Last week, a group of people met me and gave me information as to what was happening within this government, chronicled some facts; some of them, I could easily ascertain”.

“The 26 million pounds [story], I could not ascertain but the fact that they had given me instances of matters that clearly are worrisome, I gave what they told me some level of credibility,that was why I spoke to it.

“Now, if Kojo Oppong Nkrumah is saying that that is not true and that has not happened, we can only wait to see.

“Mine was to raise red flag based on a reasonable belief in the briefing I had gotten from these people who came to seek audience with me and put before me, matters which, in their view, were matters that we all ought to be concerned about. And, so, that was why I put it on air that was the primary motivation: to raise the flag and to get Ghanaians talking and asking [questions]”, he said.

Mr Oppong Nkrumah had told Takoradi-based Skyy Power FM in an earlier interview on Monday, 12 October 2020 that the news carried by Ghananewsavenue.com is “absolutely false”.

Mr Nkrumah challenged the media in Ghana to crosscheck the information from the British authorities and find out if such an incident has taken place.

“First of all, I’ll call on the Ghanaian media to engage the UK airport authorities or the UK port authorities to validate it because it is absolutely not true. That’s number one”.

Secondly, he said the government is convinced the fabrication is the handiwork of the NDC.

“It’s a total fabrication and we are clear in our minds that it’s a fabrication by the NDC and it is part of their strategy for these last eight weeks, where they’ll be churning out a lot of fabrications and lies and fake audiotapes and all of that.

“We are clear in our minds that it is the NDC. For about one or two reasons. The first person to articulate it publicly is the Hon. Inusah Fuseini, an NDC MP.

“They are the ones who are championing it and articulating on their online media platforms including radiogoldonline and now you can also find that there’s a fake audiotape that purports to be an international news broadcast on it which is being circulated since last night”, the minister alleged.

“It is a total fabrication”, Mr Oppong Nkrumah stressed, insisting: “It is part of the same strategy they used in 2008, in the last, about eight weeks to the elections, where they cook up stories and try to get it to go out and as viral as possible”.

He recalled: “Remember in 2008, getting to the elections, they came up with fake bank accounts of government officials saying that this one has X amount in his bank account etc., it is the same strategy that they are going to be using in the next eight weeks.

“And, so, we are calling, first of all on the media and the general Ghanaian public, you know your authentic, reliable media houses that give you authentic news, don’t fall for these fabrications, don’t fall for these doctored or cooked-up takes that they are going to be churning out in the next eight weeks as we get ready for the elections”, he mentioned.

In his view, the NDC is resorting to its stock-in-trade of spreading propaganda because its manifesto is not attractive to the people of Ghana.

“You’ll recall that earlier, they said they wanted a campaign of issues and then they came up with a manifesto that purported to put out some issues: building more trees here, Okada here, etc., and Ghanaians have given them feedback on it, then they quickly came into the space of this manifesto debate with us, they haven’t succeeded at it, a comparison of records, they haven’t succeeded at it; and, so, they’ve gone back to their default mode; which is to churn out lies, propaganda, fabrications, untruths like what they are doing, so, it is a clear matter of fact, no Ghanaian official has been arrested with 26 million pounds in the UK, no official has been arrested, no interception of such nature has taken place and we ask the media to even check, you can clearly check and find out that it is not true, we ask the Ghanaian public to be circumspect of all of these fake audios and videos that they are churning out”, he said.

According to him, “Ghana, has, in addition to other countries, been [on] the watch list of FATFA and the EU because their view is that our anti-money laundering legislation are not strong enough” but “We’re not the only country”.

“But let nobody deceive the Ghanaian people by seeking to mix these things and add fabrications to it and confuse the Ghanaian public that any such thing has happened.

“No Ghanaian official, I’m aware of any Ghanaian, even, who has been arrested with 26 million pounds heading to the UK. It’s a fabrication and Ghanaians should throw it out of the window”, he stressed.

Mr Oppong Nkrumah noted that the government is investigating the incident and will take the appropriate sanctions against those circulating the fake information.

“Currently, as I speak to you, the cybersecurity unit is doing some work on some of those audios, particularly the fabricated news audio that is being circulated as though it was an international news item and they are analysing the metadata to determine the source and the time and possibly where it was recorded and take some action against the persons responsible for it”.

He also urged the security agencies to be tougher on such issues of fabrication and fake news.

“And, I think, we should also make a strong statement to our security agencies that we are all aware that there are all of these fake items and fabrications ongoing, they need to take a tougher stance at some of these things. It’s not enough to be always saying it’s not true, they need to take a tougher, substantive action against the persons who are responsible for this”.