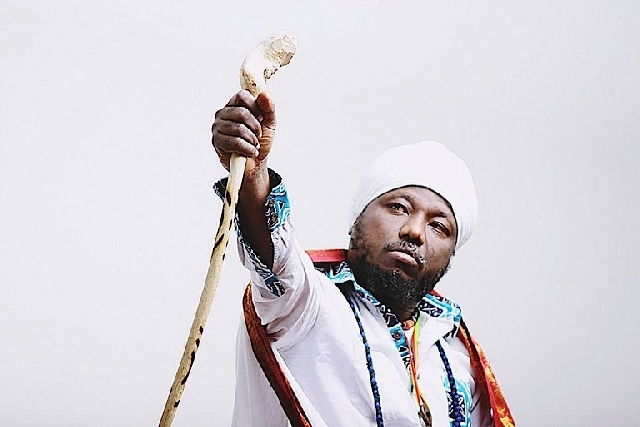 Ghanaian reggae musician and radio presenter, Blakk Rasta, has rehashed his caution to all award schemes, both locally and internationally, to exclude him from such events if voting will be based on monetary terms rather merit.

This comes on the heels of yet another nomination he received from the organisers of the Radio and TV Personality (RTP) Awards, Big Events Ghana.

Blakk Rasta, born Abubakar Ahmed, was nominated in the 10th edition of the Adonko RTP Awards in the Radio Reggae Show Host Of The Year.

Last year, he made a public announcement asking to be exempted from any awards scheme that involved money voting.

He told Sammy Flex in an interview on 25 October 2019 that he preferred donating to the less-privileged to pumping money into voting for awards to the benefit of organisers of such schemes to the detriment of the winners.

He stated unequivocally that he will only “accept honorary awards or awards based on the decision of a voting academy.”

“I would not want to be part of any award scheme, be it Ghana Music Awards, Grammy Awards, South African Music awards or any music award around the world”, he emphasised.

Still holding firm that statement, the host of Zylofon 102.1FM’s Taxi Driver show, tweeted on Monday, 16 August 2020: “Been nominated for Best Reggae Radio Show Host by the #RTPAwards. No, thanks! As said several [times], I will not be part of any awards which is judged by how many votes people can pay for. This sounds like selling to the highest bidder. Let others who disagree participate. Good luck.”

Blakk Rasta is a versatile Reggae musician and pioneer of Kuchoko Music. He has songs such as ‘Barack Obama’, ‘Dede,’ ‘Taakama,’ ‘Hajia’ and his latest ‘Mallam Tonga’ among others.