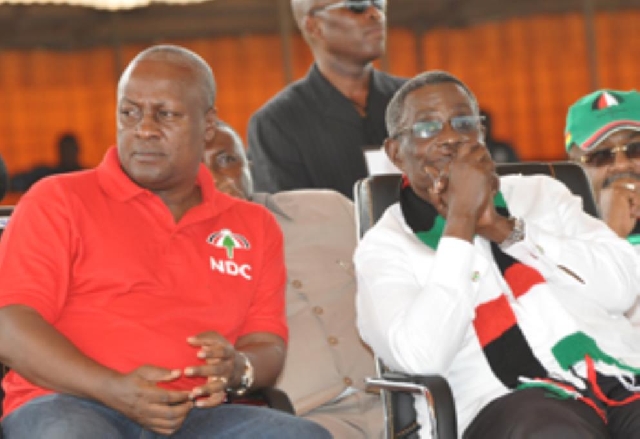 The flag bearer of the National Democratic Congress (NDC), former President John Mahama, has pledged to continue to stand for peace as the late John Evans Atta Mills did.

Speaking at a wreath-laying ceremony held at the Asomdwoe Park in Accra on Friday 24 July 2020 to mark the 8th anniversary of the death of the former President, Mr Mahama described his former boss as “a father for all who considered all of us as his children.”

He idolised Prof Atta Mills, was a symbol of “peace and unity”, which “Ghanaians are crying for today.”

“I stand today before the tomb that holds the mortal remains of the Asomdwoehene, the king of peace and I pledge that I will continue this fight for the peace and unity. May this anniversary of his death be the turning point of the fortunes of our nation. May his peace and grace guide us as a nation, as a party and the victory we so desire in the 2020 elections.”

He died after a short illness while in office as President, with Mr Mahama as Vice-President.

Mr Mahama assumed office shortly to complete the term of office and was chosen as the flag bearer of the NDC and subsequently won the 2012 elections in December.

Mr Mahama is currently leading the NDC into the 7 December 2020 polls.