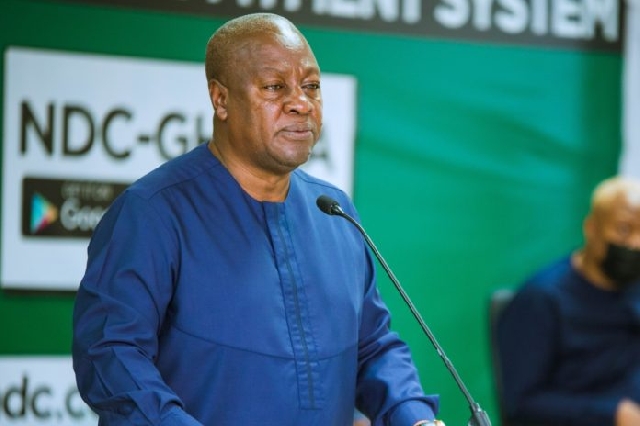 Former President John Dramani Mahama has said he will make the Free Senior High School policy introduced by the Akufo-Addo-led administration “even better” if elected President in the December 7 polls.

“I’ll make free SHS even better by working to eliminate congestion and abolish the double track within the first year of my presidency,” Mr Mahama said at an engagement with Ghanaian professionals in Accra on Monday, 27 October 2020.

The double-track system is in two sessions – the green track and the gold track.

The system was introduced to combat the overwhelming number of high school enrolments.

But Mr Mahama and the NDC argues that the double-track system reduces the quality of education.

Mr Mahama noted that if elected he will rather “drive support for skills, technical and vocational training.”

He said: “My interest in TVET gained firm root when I inspected an oil and gas project and I was informed by the supervisor that they often have to bring in professional welders and other professionals from outside the country because Ghana just did not have enough of such trained personnel to deliver according to specifications and time schedule.

“From that moment, I decided that we needed to rebrand TVET from the basic level to the technical university level so that our young people can be equipped with the needed skills, knowledge and qualifications and be well-positioned to take advantage of the numerous employment opportunities or alternatively to employ themselves and others.”