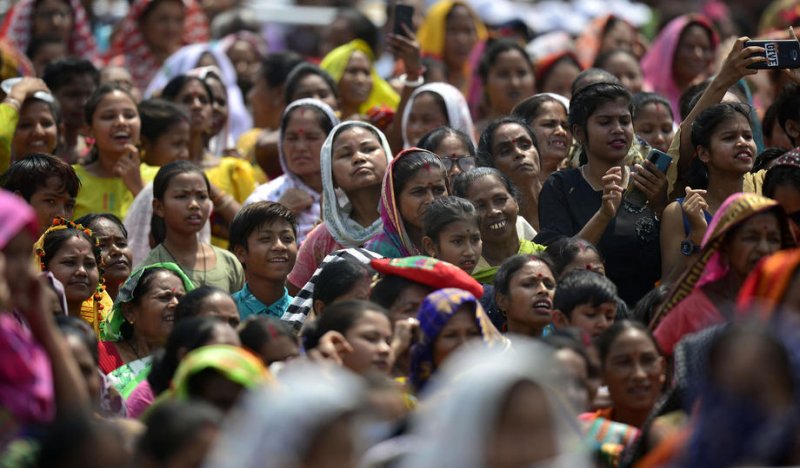 India on Monday reported its biggest-ever daily surge in coronavirus cases since the pandemic began, with the country crossing 100,000 infections for the first time.

There were 103,558 new cases in the past 24 hours, data released by the Health Ministry showed.

India’s national count was more than 5,500 cases higher than the previous peak of 97,894 reported on September 17 last year.

India is battling the second wave of Covid-19 which is driven by surging infections in the country’s richest state Maharashtra, that has accounted for 57,074 of the cases.

Amid fears that the health care system could run out of capacity, Prime Minister Narendra Modi held a senior-level meeting on Sunday to review the situation and expert teams were rushed to Maharashtra and the two other worst-affected states.

The sharp rise in cases could be “mainly attributed to the severe decline in compliance of Covid-appropriate behaviour primarily in terms of use of masks and physical distancing, pandemic fatigue and lack of effective implementation of containment measures at the field level,” a government statement said.

Authorities in Maharashtra have announced new restrictions including a night curfew in the state and a “strict lockdown” over the weekends, in place from Friday at 8 pm until Monday 7 am in order to tackle the virus surge.

India’s financial hub of Mumbai, also the regional seat of Maharashtra, saw the highest-ever single day spike with 11,163 new infections.
Since last week, several hundreds of migrant workers in Mumbai have been flocking to railway and bus stations to return to their homes in villages, domestic media reported.

Many of the workers have been anxious, fearing that authorities may impose a complete lockdown, that would leave them stranded without money or food.

India implemented a strict national lockdown between March and June last year, that battered the economy and led to a mass exodus from urban areas.

Millions of migrant workers left without work and unable to pay rent, were forced to walk long stretches or hitch rides from cities like Mumbai as transportation services were halted.

Several affected states have also re-introduced restrictions that were relaxed earlier, including closing educational institutions and restricting numbers at marriages and social functions.

The government is also pressing ahead with its vaccination programme, which was opened to all people above 45 years of age from last week. The country aims to vaccinate over 300 million people by the end of July.

India has the world’s third largest caseload of Covid-19 cases after the United States and Brazil, but saw a consistent downward trend between October and mid-February.
Since then, a consistent rise has seen daily infections jump from a little over 9,000 to cross 100,000 on Monday.

Experts say the fresh wave of the pandemic is spreading much faster due to presence of several mutations of the virus as well as laxity by people in adhering to safety measures.