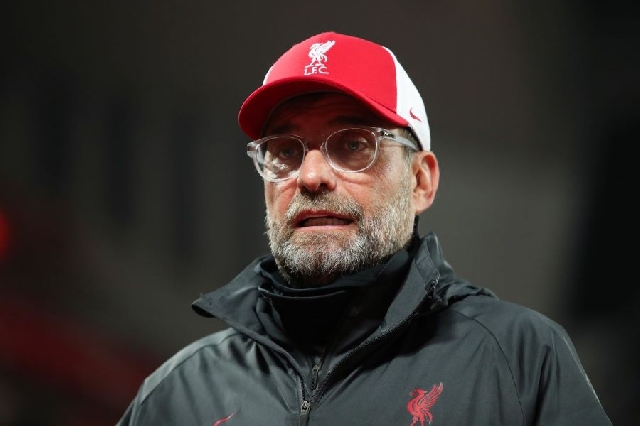 Liverpool created the “wrong type” of history as they were thrashed by Aston Villa, says Reds boss Jurgen Klopp.

The Reds lost 7-2 and are the first reigning champions to concede seven goals in a league game since Sunderland beat Arsenal 7-1 in September 1953.

Ollie Watkins scored a hat-trick and Jack Grealish had a hand in five goals as Villa inflicted only Liverpool’s fourth league loss since January 2019.

“It looked like we lost the plot after it went to 1-0,” Klopp told BBC Sport.

Klopp’s side did not lose their first match last season until a shock reverse against Watford at the end of February but four games into the new campaign they were on the wrong end of one of the most incredible results in Premier League history.

Mohamed Salah scored Liverpool’s two goals – to make it 2-1 and 5-2 – but they were run ragged by Dean Smith’s side at Villa Park.

“Who wants to lose 7-2?” Klopp said. “Years ago we told ourselves we wanted to create history. That was history but obviously the wrong type.

“We had big chances which we did not use, but when you concede seven I’m not sure you can say it would have been 7-7.

“We made too many mistakes and massive ones obviously. It started with the first goal and around the goals we made massive mistakes.

“We lost balls in the wrong area and did not protect properly. It looked like we lost the plot after it went to 1-0. It is not an excuse.

“Normally you can be 1-0 down and do the stuff you want to do. We created but did not protect ourselves properly so each ball we lost was a massive counter attack.

“That is why we conceded and three goals were deflected. It’s unlucky but it is not a coincidence because it means it was not a proper block. There is nobody to blame apart from me and us.”

First-choice keeper Alisson was missing through a shoulder injury – with his replacement Adrian gifting Villa their opener.

Klopp revealed that the Brazil keeper is unlikely to return to fitness immediately after the international break.

“It’s long,” he said. “Too long for the next few games for sure. It looks like a few weeks but we will see.”