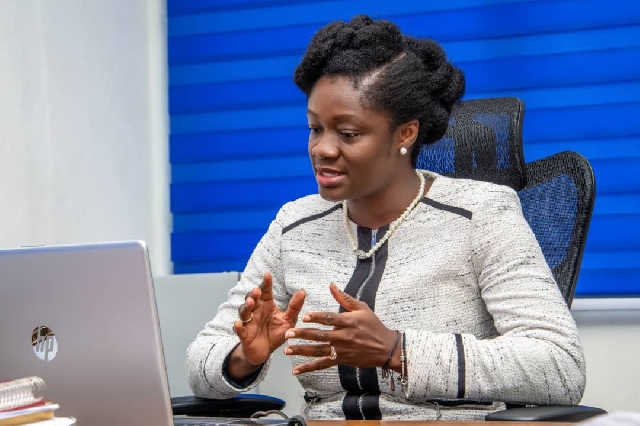 The CEO of the National Board for Small Scale Businesses (NBSSI), Mrs Kosi Yankey-Ayeh, has said it is fraudulent for the Ghana National Council of Private Schools (GNACOPS) to deduct 4 per cent from the government’s stimulus package being advanced to its members.

According to her, GNACOPS has told the owners of the schools that 3 per cent of the 4 per cent to be deducted, would be paid to the NBSSI while the Council retains the remaining one per cent.

Mrs Yankey-Ayeh, however, described it as “not right” and “defamatory”.

“It is fraudulent”, she said, adding: “I cannot agree to that, especially when Ghanaians are suffering, when teachers are suffering; I can never agree to any association going to collect funds and then saying to the members that 3 per cent is going to NBSSI and one per cent to them”.

“It’s not right because many people are suffering, that is why the stimulus package was instituted, so, if challenges like this come up, we have to address it, otherwise, things won’t go on well”, she told Kwabena Prah Jr on Accra100.5FM’s morning show Ghana Yensom on Friday, 4 September 2020.

She explained further: “The reason I have a challenge with the 4 per cent issue is that it’s defamatory to say that 3 per cent of that is coming to the NBSSI because it’s not true”.

In the light of that, the NBSSI has asked GNACOPS to provide the list of its staff for the payment to made to them directly.

With regard to GNAPS, who are the owners of the schools, however, Mrs Yankey-Ayeh said she has “authorised payment” for some of them, following engagements with their executives.

“Everyone on the list they brought will be taken care of”, she assured GNAPS.

However, the Communication Director of GNAPS, Mr Fred Kwabena Asare, who is also the proprietor of Psalms of Victory International School, Kasoa, said none of the members of GNAPS has received the stimulus package.

“No GNAPS member has received a dime from the government in terms of the stimulus package”, he told Prah Jr.

Also, the Human Resource Officer of GNACOPS, Mr Prince Kwaku Entsei said: “I’m a bit surprised” about what Mrs Yankey-Ayeh said concerning the 4 per cent deduction “because we had a meeting with the NBSSI on Monday on this issue and she advised us to resolve the matter internally”.

On the same programme, some owners and principals of private schools also took strong exception to the request by the NBSSI for the list of their staff to enable the Board to directly wire the stimulus package into their individual bank accounts rather than routing it through the management of the schools.

The government instituted a GHS1 billion stimulus package, as part of measures to ease the financial burden on Ghanaians, in the heat of the COVID-19 outbreak.

The Principal of Edella Community School, Lashibi, Ms Sandra A.K. Frimpong, told Prah Jr that: “The stimulus package isn’t just for salaries, it’s for many things in the schools”.

“I also want to find out from the NBSSI: the others who benefitted from the stimulus package, did they give it to their staff or to the companies or to the owners?”, she asked.

“Why are they deciding how to spend our loan that we have to pay back?” she wondered angrily.

In her view, the NBSSI is “treating us as though we were children”.

“I’m the one taking the loan, so, why do you ask me for a list of my staff? It doesn’t make any sense and shame on them because I feel like they’ve been very unprofessional”, a livid Ms Frimpong said.

To her, the NBSSI has not done the right thing, adding: “It is a disgrace, so, they should train their staff on how to deal with people because we are all bleeding right now and the last thing we need is that kind of insult”.