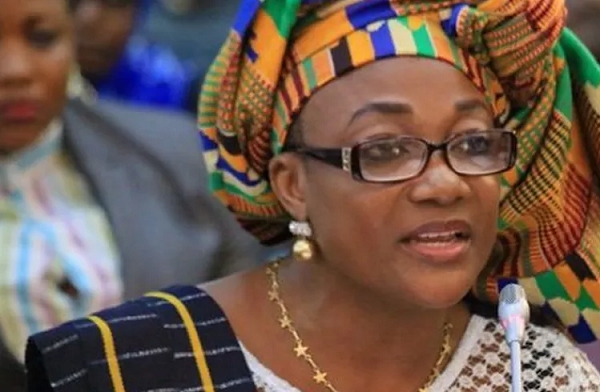 Lawyers for the former Minister for Gender, Children and Social Protection, Otiko Djaba have said a publication by a news portal which alleged that their client had called the Ashanti Regional Chairman of the New Patriotic Party (NPP) names has caused their Client “great embarrassment.”

The Lawyers have, therefore, called for an immediate retraction of the article.

According to the lawyers of Ms Djaba, on Wednesday, 15 July 2020, the Opra news app published an article on 12 July 2020 titled: “Otiko Djaba fires at Wontumi as ‘bushman’ for anti-women comment.”

“That is the character of the NPP, you can ask Ursula. They hate to see women at the height of decision making. What didn’t they do to Hajia Alima? And you have a Bush like Wontumi as the chairman of the Ashanti Region spewing rubbish about a whole Professor? Such a Kamboo kraatchi.

“I am happy I left such a useless party. It’s time for change and Ghanaians must vote them out.”

Reacting to this, the lawyers for Ms Djaba in a statement noted that we “wish to state emphatically that our client has not on any occasion made any such comments. Our instructions are that you only introduced our Client’s name into your article as a disguise to libel the persons named in the article and by so doing also libelled our client.”

It also described the publication as “malicious and targeted at inciting antagonism and hostility between our Client and the named persons in the article and to pit them, against our Client.

It continued that: “Your publication has thus caused our Client great embarrassment and we have her instruction to demand that you immediately retract the article, apologise to our Client, and cause same to be published with equal prominence as the offending publication.”

The statement added: “We trust that you will comply with the demands herein within 2 days from the date hereof to avert the expense and tedium engaged in litigation.”