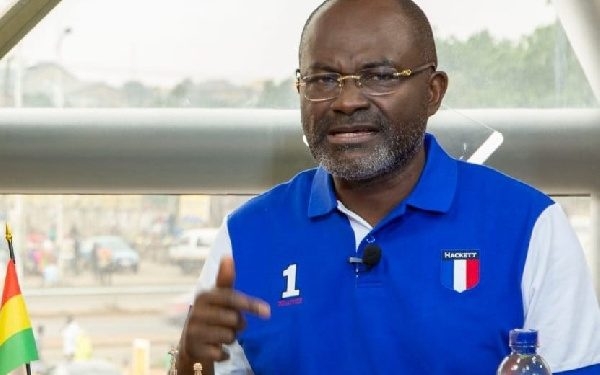 The Member of Parliament (MP) for Assin Central, Mr Kennedy Agyapong, has petitioned Chief Justice Anin Yeboah to restrain the judge hearing his contempt case, Justice Amos Wuntah Wuni, at the Accra High Court, from presiding over the case.

The legislator is currently in court for some statements he made on his own NET2 TV against the court in a matter that is pending.

The lawyers for the Assin Central MP, on 18 September 2020, asked the court to halt proceedings since they had filed an application at the Supreme Court, challenging Justice Awuni’s jurisdiction in hearing the case.

It noted that: “Since his Lordships Amos Wuntah Wuni’s authority to exercise his jurisdiction in the committal proceedings is in issue, it will be biased and prejudicial for his Lordship to be a judge in his own case in the exercise of such questionable jurisdiction”.

Also, the lawyers further revealed that they have petitioned the Chief Justice over the “unfair process emanating from his Lordship Awuni’s court”.

Meanwhile, The Press Foundation (TPF) has said denying journalists access to the Accra High Court to cover the contempt case involving the Member of Parliament for Assin Central, Mr Kennedy Agyapong, is an “unfortunate attempt geared at preventing the media from their professional responsibility to the nation.”

This comes on the heels of reports that the judicial press corps who were present at the land division of the High Court in Accra on Friday, 25 September 2020 to cover the hearing, were not allowed entry into the courtroom.

TPF, in a statement signed by its Executive Director Listowell Yesu Bukarson, on Friday, 25 September 2020, noted: “It is more so very worrying since the reason for denial is said to be instructions from above”.

TPF, therefore, called “the attention of the authorities concerned to the decision”, which it described as being “akin to gagging the media”, it noted, “ultimately is a further stab in the backs of freedom of the media.”

According to police personnel present at the High Court, they were only acting based on “instructions from above.”

Following an exchange with the police, the judicial press corps were asked to send a representative inside to cover proceedings on behalf of all the media houses that were present.