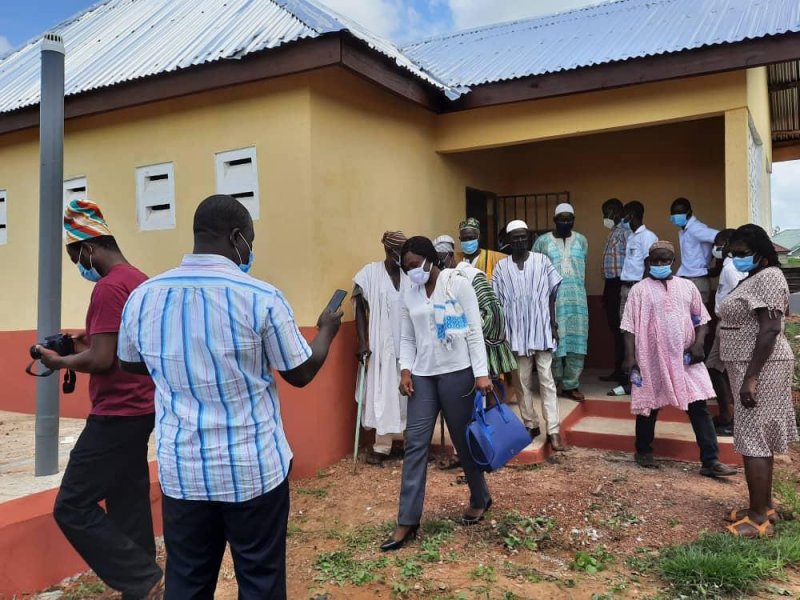 This is to ensure that the pupils have access to a convenient and built-to-purpose facility.

The facility was constructed by Children Believe, an international non-governmental organisation, following an appeal made by some of the pupils of the School to the Chief Marketing and Development Officer of Children Believe.

The school’s old toilet for children aged four to nine years had become unsafe for use and had to be pulled down.

The options available for the school were to allow the children to use the older children’s toilet for ages 10 to 18. The seats for the toilets were bigger and posed risk, particularly to children in the nursery and kindergarten class and had led to open defecation around the school.

Ms Esenam Kavi Desousa, Country Manager of Children Believe, who spoke during the handing over of the toilet facility to the authorities of the School at its compound in Tamale on Tuesday, was hopeful that it would help bring relief to the children at the ECD.

Ms Desousa said “Children Believe has supported many schools in the provision of social amenities, which constituted barriers to education. Removing these barriers has ensured that many children have received formal education and are at various stages of their educational programmes.”

She said “Currently, Children Believe in Ghana is focused on ensuring that ECD education is given the attention it deserves”, adding that Children Believe is willing to work with all stakeholders to ensure that the foundation for children’s education was secure through an improvement in the ECD centres, teaching resources and the methodology.

Mrs Mariam Iddrisu, Sagnarigu Municipal Chief Executive, who was represented during the handing over of the facility, thanked Children Believe for the gesture, saying that it would help improve on teaching and learning at the school and the municipality as a whole.

Brother Christian Hazeley, Headmaster of Kanvili R/C School Complex said the provision of the facility showed that Children Believe had the School at heart and was ready to do more to improve on teaching and learning.

Kanvi Lana Mumuni Naporo, Chief of Kanvili, who was also represented during the event, commended Children Believe for its continued support for development initiatives in the area.