‘Kepa gone from first choice at Chelsea to number three’ 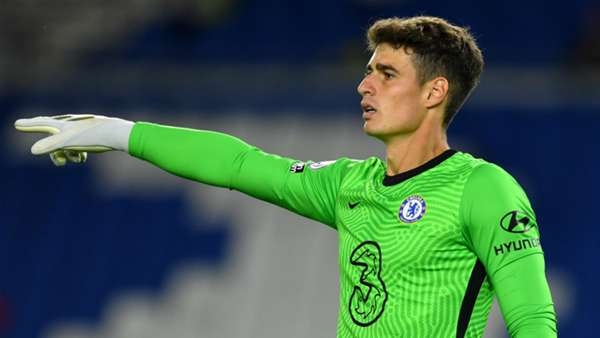 Kepa Arrizabalaga’s inability to remove costly errors from his game means that he will now drop to third-choice goalkeeper at Chelsea, claims Tony Cascarino.

The most expensive shot-stopper in world football was acquired for £72 million ($92m) to become a long-term number one at Stamford Bridge.

He filled that role initially, although questions have been asked of the Spaniard’s ability and character from the moment he arrived in west London.

Frank Lampard took to dropping him at times in 2019-20 and moved to snap up Edouard Mendy when the opportunity to spend again presented itself over the summer.

He has been forced back to Kepa at times, with the 26-year-old figuring again in the Blues’ last Premier League outing.

That contest ended in a 3-3 draw, with more questionable displays from those at the back seeing Lampard’s side throw away two points in a home date with Southampton.

Kepa contributed to another frustrating afternoon for Chelsea, as he failed to keep out Che Adams against the Saints, and Cascarino sees him tumbling down the pecking order as a result.

“He won’t even make the bench now as [Willy] Caballero will be number two.

“Caballero has done very little wrong, but because they’ve paid such a high fee for a player they need to justify playing him to give him an opportunity to perform.”

Argentine keeper Caballero filled in for Kepa when changes were made between the sticks last season.

He has shown himself to be a reliable back-up option, but is now 39 years of age and unlikely to see regular game time for a club of Chelsea’s ambition.

Mendy is the man to step in and provide a solution to what has become a problematic position for the Blues.

He is currently nursing a slight knock, though, with Lampard telling reporters on the back of stalemate with the Saints: “Mendy is at the minute injured and probably will be fit in the next week or two weeks and then that will be the decision for me to make about who plays.”

Chelsea are due to open their 2020-21 Champions League campaign at home to Sevilla on Tuesday.