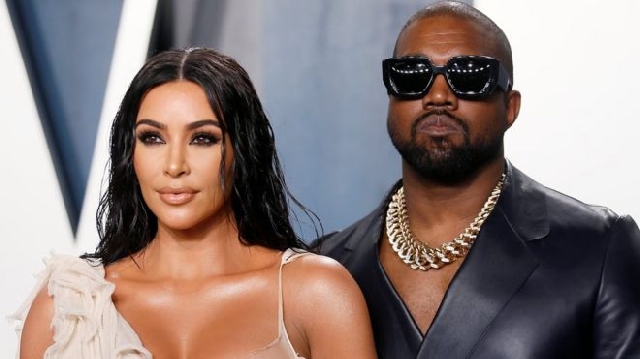 She wrote on Instagram: “As many of you know, Kanye has bi-polar disorder.

“Anyone who has this or has a loved one in their life who does, knows how incredibly complicated and painful it is to understand.”

He is a “brilliant but complicated person” whose “words sometimes do not align with his intentions”, she said.

The rapper is one of America’s biggest music stars, and is currently attempting to run for US president. But his first campaign rally and a number of recent Twitter messages have sparked confusion and concern.

Kim and Kanye married in 2014 and have four children together.

In her message on Wednesday, the TV personality and model said she had not previously spoken publicly about how his mental health had affected the family “because I am very protective of our children and Kanye’s right to privacy when it comes to his health”.

She wrote: “But today, I feel like I should comment on it because of the stigma and misconceptions about mental health.

“Those that understand mental illness or even compulsive behaviour know that the family is powerless unless the member is a minor.

“People who are unaware or far removed from this experience can be judgemental and not understand that the individual themselves have to engage in the process of getting help no matter how hard family and friends try.”

Kardashian West went on to say her husband was “subject to criticism because he is a public figure and his actions at times can cause strong opinions and emotions”, but asked for greater empathy and understanding.

“He is a brilliant but complicated person who on top of the pressures of being an artist and a black man, who experienced the painful loss of his mother, and has to deal with the pressure and isolation that is heightened by his bi-polar disorder,” she added.

“Those who are close with Kanye know his heart and understand his words sometimes do not align with his intentions.

“Living with bi-polar disorder does not diminish or invalidate his dreams and his creative ideas, no matter how big or unobtainable they may feel to some.

“That is part of his genius and as we have all witnessed, many of his big dreams have come true.

“We as a society talk about giving grace to the issue of mental health as a whole, however we should also give it to the individuals who are living with it in times when they need it the most.

“I kindly ask that the media and public give us the compassion and empathy that is needed so that we can get through this.”What is bipolar disorder? There are different types of bipolar. Those with type I experience periods of manic highs and depressive lows. Those with type II experience severe depression and mild manic episodes – known as hypomania – that last for a shorter period of time. Those with cyclothymia experience less severe mood swings, but they can last longer. During a manic episode, those with bipolar disorder can feel euphoric and have lots of energy, ambitious plans and ideas. But they can become aggressive, and experience symptoms of psychosis. The exact cause of bipolar disorder is unknown. Some experts believe it can be developed as a result of severe emotional distress as a child, as well as genetic and chemical factors. One in every 100 UK adults will be diagnosed with the condition at some point in their life.