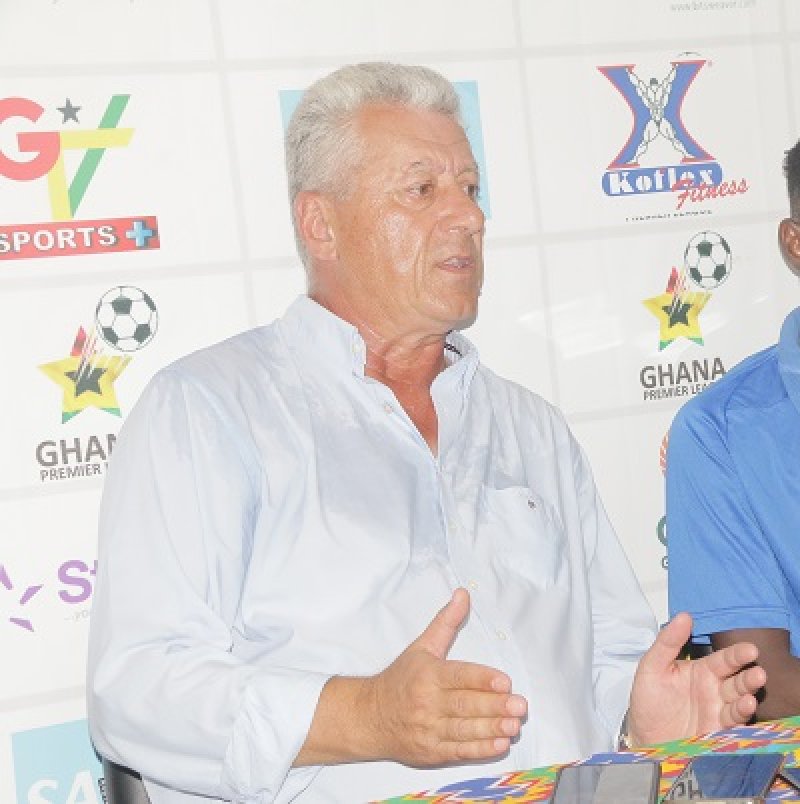 Kostadin Papic Head Coach of Accra Hearts of Oak has said his side was unlucky in their game against Legon Cities in the 13th week league game at the Accra Sports last Sunday.

Hearts missed a number of opportunities including a penalty in the 16th minute of the game through Umar Manaf.

A late second half strike by Kwadwo Obeng Junior spared the blushes of the Phobians as they secured a point after Jonah Attuquaye’s opener for the “Royals” in the first half.

Speaking at a post-match press conference Coach Papic was dissatisfied with the results but stressed on the need to improve their goal potency in the final third.

“We played a little better than our previous matches thus creating chances and we even couldn’t score from the penalty spot but this is football and we are disappointed with the results.

“Of course, there is a problem of scoring in our team and we have about two weeks to work on that issue and I believe my team is capable of scoring more goals because in recent past weeks we were scoring six and three goals but now we are struggling to score even with a penalty.

“We just have to prepare for our next matches and must get ready to fight more than we are doing now,’’ he said.

When asked about a possible augmentation of his squad as the second transfer window approaches, Coach Papic said, “We would see what is available and which department we need a player but anybody we want to bring in the squad must have that quality to knock on the door for a place in the first team”.

Hearts are placed ninth on the league log and are winless in four matches and were scheduled to face arch-rivals Asante Kotoko in match-day 14 but the fixture has been postponed due to Kotoko’s participation in this year’s CAF Confederations Cup.