Kremlin says Navalny works with CIA, after he accuses Putin of poisoning 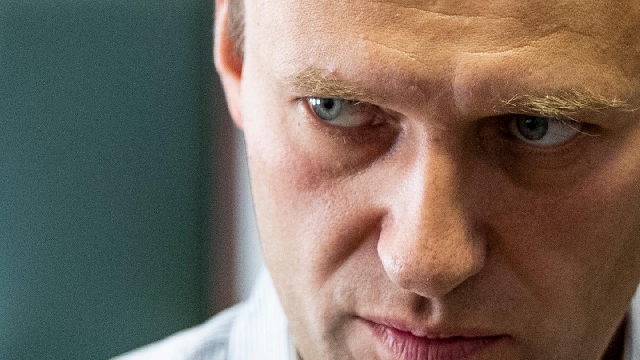 The Kremlin accused opposition politician Alexei Navalny on Thursday of working with the CIA, after Navalny said he believed President Vladimir Putin was behind the suspected poisoning that put him in a coma in Germany.

The accusation from Kremlin spokesman Dmitry Peskov appears to be the first time the Russian authorities have directly accused Putin’s highest-profile critic of working with a foreign intelligence agency.

It raises the stakes should Navalny fulfil a pledge to return to Russia, and may add to pressure on Western leaders, especially German Chancellor Angela Merkel, to take action over his case.

Navalny responded by saying he would sue Peskov over the accusation, challenging him to present evidence to back it up.

Navalny, 44, emerged in recent weeks from a coma after suddenly falling ill in during a flight in Siberia and being flown to Berlin for treatment. German doctors say he was poisoned with novichok, a rare Russian nerve agent.

“I believe that Putin is behind the crime and I don’t have any other versions of what happened,” Navalny told Germany’s Der Spiegel magazine in an interview published on Thursday.

“And secondly, I demand the publication of proof and facts, demonstrating my ‘work with CIA specialists’. Show it on television at prime time. You have my permission.”YOU KNOW YOU ARE DYING

Germany and other Western countries have demanded an explanation from the Kremlin for Navalny’s illness. Russia says it has seen no firm evidence he was poisoned and denies involvement in any attack on him.

Navalny has posted on social media about his recovery, but the interview with Der Spiegel was the first he has given to a major news organisation since regaining consciousness.

He told Der Spiegel he would return to Russia, adding: “My task is now to remain fearless. And I have no fear! If my hands are shaking, it’s because of the poison, not out of fear. I will not give Putin the gift of not returning.”

Navalny was accompanied to the magazine’s office by security guards, who insisted on choosing which bottle of water he should drink.

Describing the moment that the poison began to take effect, Navalny said: “You don’t feel any pain but you know you’re dying.” He said he was making a steady recovery and was now relearning how to balance on one leg.

Navalny has tormented the Kremlin for years with online videos in which he details the lavish lifestyles and undeclared wealth of senior officials he castigates as “swindlers and thieves”. In a country where opposition figures have little access to traditional politics, his anti-corruption campaign has become one of the few successful outlets for popular discontent.

He and his wife are currently living in a rented flat in Berlin, but he said he would only resume posting videos once he was back in Russia. “I do not want to be the opposition leader in exile.”

The politician, who was visited at his hospital bedside by Merkel, said he felt a personal bond to Germany and was impressed by Merkel’s knowledge of Russia.

“My impression is that Merkel needs no advice from me,” he said. “But any Russia strategy must account for the depth of madness that Putin has now reached.”