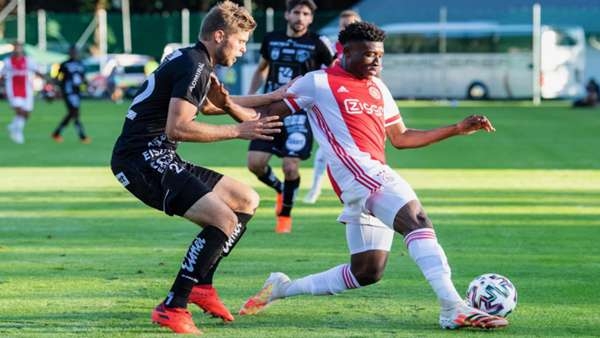 Ajax Amsterdam attacker Mohammed Kudus has resumed training with the Eredivisie club, just a day after Ghana ended a double-header of international assignment without him due to injury.

He could feature for Erik ten Hag’s outfit in Sunday’s Dutch league meeting with Heerenveen.

Following a positive introduction to national team football last year and a promising start to life in the Netherlands following a summer transfer from Danish outfit Nordsjaelland, Kudus was unsurprisingly called up by Ghana for friendlies against Mali and Qatar on October 9 and 12 respectively.

The 20-year-old was, however, denied from travelling by his club on fitness grounds, much to the dismay of the Ghana Football Association (GFA) who insisted on having the player in camp for an independent assessment.

Ghana ultimately lost 3-0 to Mali on Friday, and then thrashed Asian champions and 2022 World Cup hosts Qatar 5-1 on Monday in friendly games played in Antalya, Turkey.

The matches, the first for new Ghana head coach CK Akonnor since his reign began in January, were part of the Black Stars’ preparations ahead of the resumption of the 2022 Africa Cup of Nations (Afcon) qualifiers in November where the West Africans take on Sudan in a double-header.

“The Ajax Amsterdam midfielder is a doubt for the games, but the GFA is insisting that he travels to Turkey on Tuesday for assessment. The former Right to Dream Academy man was left out of the Ajax squad for Sunday’s Dutch League game against FC Groningen after sustaining an injury in training on Thursday,” the GFA wrote in a team news publication on its official website ahead of the matches.

“The GFA is in talks with the officials at Ajax to release the player to join the team in camp, even if he wouldn’t take part in any of the matches,” GFA communications director Henry Asante Twum explained further as reported by Citi Sports.

“The coach wants to meet him and have some technical discussions with him because this is the only opportunity he will have with the players before the Afcon qualifiers against Sudan.”

After time with Ghana’s junior teams, Kudus made his senior international debut in an Afcon 2022 qualifier against South Africa last November, scoring shortly after coming on as a second-half substitute.

Four days later, he was handed a second outing as Ghana beat Sao Paulo Tome and Principe in a matchweek two fixture.

In July, the Accra-born player signed for Ajax on a five-year deal.