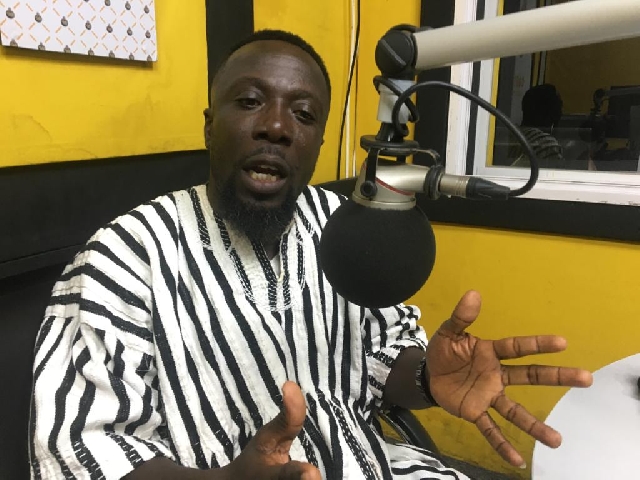 Mr Beautiful, known in real life as Clement Bonney, told ‘The Big Show’ on Class91.3FM about how the ‘Gentle Giant’, during his term of office, saw an end to the highly-patronised acting and comedy show, which nurtured several prolific actors in the country.

“He put a certain woman called Eva Lokko at GBC.

“Then, the only sponsor was Key Soap by Lever Brothers.

“When Eva Lokko took the position, he [Kufuor] doubled the sponsorship money and, so, Lever Brothers quit. That is why Concert Party collapsed.  It was President Kufuor’s policy,” he stressed.

Mr Beautiful also indicated that the governing New Patriotic Party (NPP) does not have anything better to offer Ghana’s entertainment industry, owing to its capitalist ideologies.

According to him, the NPP does not consider entertainment industry players in decision-making, claiming: “They call us ‘concert people’. They look down upon us. They don’t regard us.”

On the contrary, Mr Beautiful says his party, the National Democratic Congress (NDC), which advances the social democrat ideology, pays attention to the entertainment industry.

“The social democrats are the only people who can help the entertainment industry because these capitalist guys believe in only two things: economy and law. If you are not an economist or lawyer, they don’t count you,” he noted.

Mr Beautiful recounted how the entertainment industry has fared since the time of Kwame Nkrumah.

He cited the contributions of General Kutu Acheampong, who completed the idea of a film and television institute conceived by Dr Nkrumah.

Mr Beautiful also reiterated Mr Mahama’s commitment to catering to the welfare of old and retired actors and industry people in the country.

This, Mr Beautiful stated, is a sign that the NDC flagbearer is concerned about the entertainment industry.

Mr Beautiful is a staunch member of the opposition NDC.

I feel ashamed for Kalybos, other stars campaigning for Lydia Alhassan after Ayorkor Botchwey insulted us – Christiana Awuni