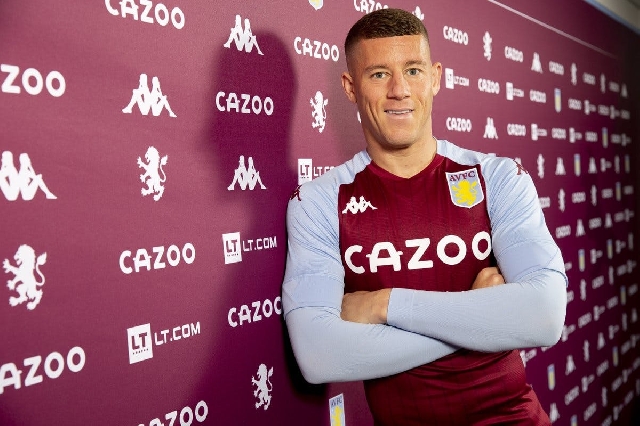 Ross Barkley dedicated his winning goal to Aston Villa’s medical staff as Dean Smith’s side maintained their 100% start to the season by edging victory at Leicester.

The game looked set to be the first goalless match of the campaign, but Barkley finished incisively into the bottom corner to give Villa all three points and send them second in the Premier League.

Villa have won their opening four top-flight games for the first time in 90 years.

Barkley joined Villa on loan from Chelsea in the summer and has been impressive for the West Midlands club, with the goal his second in as many games.

However, he revealed that a knee problem had left him in doubt for Sunday’s game.

“I was 50-50 in the week and our club doctor did a really good job getting me right,” said Barkley.

“He said I would end up scoring the goal and I did, so I dedicated the goal to him.

“The manager has given me the platform to play and I am excited and looking forward to every game.”

It had been a drab Sunday night encounter until Barkley’s 91st-minute effort, with neither goalkeeper called on to make difficult saves.

Villa are just one point behind leaders Everton with a game in hand, while Leicester remain fourth.

The fixture was a poignant one, as last season’s equivalent back in March was the final game staged with fans before the coronavirus-enforced suspension to the season.

Since then supporters have not been allowed into stadia – but had a crowd been in attendance, many may have been thinking of an early exit as the contest appeared to be drifting towards a bore draw before Barkley’s late intervention.

Villa narrowly avoided relegation last season but have started this campaign in magnificent fashion, backing up their 7-2 dismantling of champions Liverpool last time out with a narrow victory on this occasion.

They have won four Premier League games in a row for the first time since 2009, stretching their unbeaten run in the competition to eight games.

The signing of Chelsea’s Barkley on a season-long loan came as a surprise, but it looks to be an inspired acquisition by Smith and the England international has formed a good understanding with Jack Grealish.

The goal was a superb strike from the former Everton player, striding forward as the Leicester defence backed off before firing a crisp, low drive past the reach of Schmeichel.

“We have seen Ross Barkley do that enough times for Everton and Chelsea so we are pleased he did it for us,” said Smith.

“It was touch and go whether he started. He had a knock to the knee, but a great goal and a real battling performance by the whole team.”