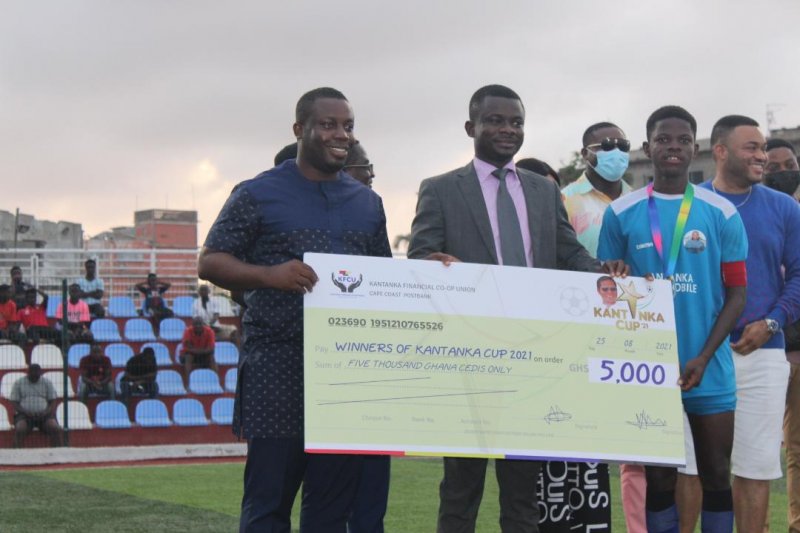 Dansoman-based Liberty Professionals Academy has won the maiden edition of the Kankanta Cup played at the La McDan Park.

They emerged champions of the eight-team gala after beating Jayash Academy 2-0 in the finals of competition.

They took home a giant trophy, medals and a cash prize of GH¢5,000.

Jayash Soccer Academy who had a stellar outing at the tournament were awarded GH¢3000.00 while their midfield gem Ishmeal Nii Otu was adjudged the Best Player of the Tournament.

It was also played to honour the “Star of Africa” who is regarded in the world as one of greatest multi-dimensional scientists and technologists as well as his exploits in the religious field.

The likes of Great KOSA, Charity Stars Football Club, Desidero Football Academy, Kingdoko Babies Football Club, Dreams Babies and Attram De Visser Soccer Academy were participants in the tournament but couldn’t make it to the finals of the competition.

Use your platforms to inspire the youth – Prophet advises media