Lift ban on importation of used fridges or we demonstrate – GAISUR 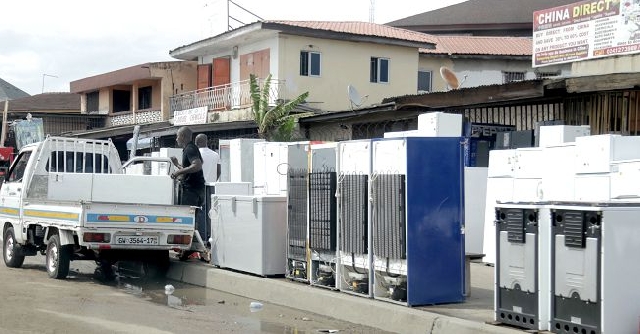 Members of the Ghana Association of Importers and Sellers of Used Fridges (GAISUR) in Kumasi have threatened to demonstrate over a ban on the importation of used fridges.

Addressing a press conference today, Monday, 19 October 2020, the Secretary to the Association, Boadi Henry, said the government promised to establish a refrigeration assembly plant as an alternative means but that has not been fulfilled.

Despite the assembly plant not having been established, he said, their goods get seized by customs officials at the port.

He, therefore, called on the government to allow them to import the second-hand refrigerators if it could not honour its promise to establish the assembly plant.

Mr Boadi, on behalf of the association, has given a two-week ultimatum to the government to allow them to import the second-hand refrigerators or they will hit the street to demonstrate.