Lionel Messi: Is Barcelona captain and Man City target as good as ever? 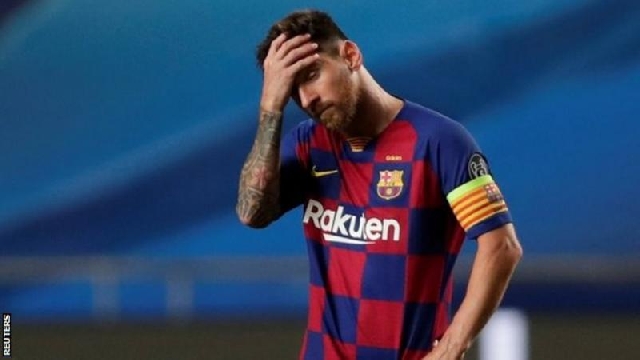 Manchester City are among the elite European teams investigating the possibility of making arguably the biggest signing of all time in Lionel Messi, but there is one question it seems almost sacrilegious to ask…

Is Messi – as he is now – actually worth breaking the bank for?

The Argentine, who has told Barcelona he wants to leave, is undoubtedly one of the greatest players ever – perhaps even the best – and one of the most successful too.

And while the 33-year-old was the top scorer in La Liga last season, it was still his worst campaign for goals and appearances since 2007-08.

And yet, a record-breaking season for assists tells another story entirely.

So BBC Sport examines whether Messi is in decline – or if he is still the greatest player in the world.

The reason it seems remiss to ask whether Messi is worth signing for a fortune is because of what he has done in his career.

Messi has won more Ballon d’Or awards – given to the best player in the world – than anybody else, with six. That includes the most recent one in December 2019.

He is Barcelona’s all-time top scorer with 634 goals in 731 games, and La Liga’s record goalscorer with 444 in 485 appearances.

His personal peak was probably in 2012 when he scored 91 goals for Barcelona and Argentina in 69 games.

He has 34 club honours, including 10 La Liga titles and four Champions Leagues.

On top of that he is Argentina’s record scorer with 70 goals in 138 international games.

“He is simply the greatest to have ever played the game,” said former Barcelona striker Gary Lineker in a BBC Sport column in May.