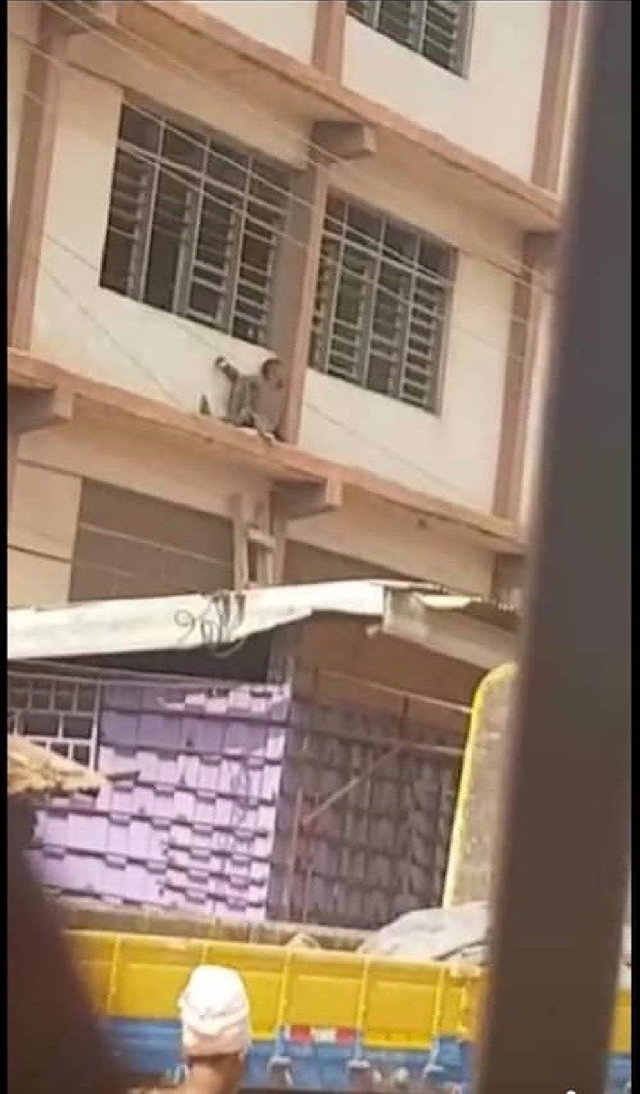 A man speculated to be in his late 20s has been captured in photos risking his life by climbing a ladder to the very top of the Baptist Senior High School storey building at Madina, Accra, to sneak answers through the window to students who were sitting the West African Senior Secondary Certificate Examination (WASSCE).

According to an eyewitness, the man had answered the exam questions on a piece of paper and used daredevil stunts à la Spider-man to smuggle it to the students in the exam hall on Thursday, 20 August 2020.

“…I saw a guy on the first floor. He was hiding there with a paper in his hands”, the eyewitness recounted.

He continued: “Initially, I didn’t know what he was doing there, so, I got curious because the place is very risky; you can just fall off.

“I realised he was trying to get the paper to someone in the class while they were writing exams,” he told Class91.3FM’s mid-day news 12Live anchored by Kofi Oppong Asamoah on Friday, 21 August 2020.

This year’s WASSCE has been characterised by violence, indiscipline, vandalism, leaked papers as well as suspension and dismissal of students among others.