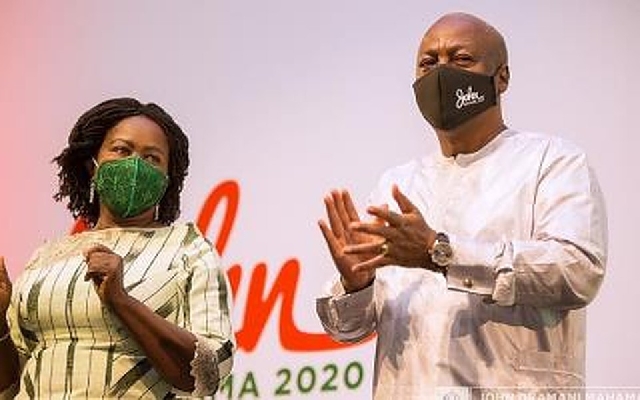 A fan club known as #Iam4ProfNaanaJane of the National Democratic Congress (NDC) has said in a statement signed by its President, Victoria Naima Abdulai, that the economy under President Nana Akufo-Addo, is in a bad shape and requires able leadership from former President John Mahama and his running mate Prof Naana Jane Opoku-Agyemang, to fix it.

“The economy under President Nana Akufo-Addo is limping badly and in such an appalling failure to escape anyone’s notice, hence needs urgent solutions”, the club said.

According to the group, “The mass demolition of the banking sector, along with thousands of job losses; the downward spiral of the cedi’s value, increasing fuel prices coupled with increasing cost of living and the adverse impact of COVID-19 require stringent and resilient effort from a true and visionary leadership of John and Jane”.

The statement rehashed the portion of Professor Opoku-Agyemang’s acceptance speech in which she highlighted that: “For sustainable economic growth, the NDC, under John and Jane, will provide economic opportunities for all Ghanaians that transcend political patronage – equal and fair opportunity based on merit.”

It continued: “With respect to specific economic policy directions, Professor Naana Jane Opoku-Agyemang has been a towering figure in all socio-economic deliberations, resulting in the birthing of the ‘People’s Manifesto’, which contains prudent and well-thought-out economic policies and strategies, to rescue and salvage Ghanaians from the shambolic and catastrophic failure in managing the economy by the Akufo-Addo-led government”.

The group added that: “The John and Jane team has employed unique communication strategies in disseminating the party’s economic policies and programmes at various levels of the party structure and in the coming days, His Excellency John Mahama and Professor Naana Jane Opoku-Agyemang, will lead the charge in propagating the ‘People’s Manifesto’ to every nook and cranny in this country.”

The fan club also recognised the need for the “inclusion of divergent views from critical minds to build rather than destroy”.