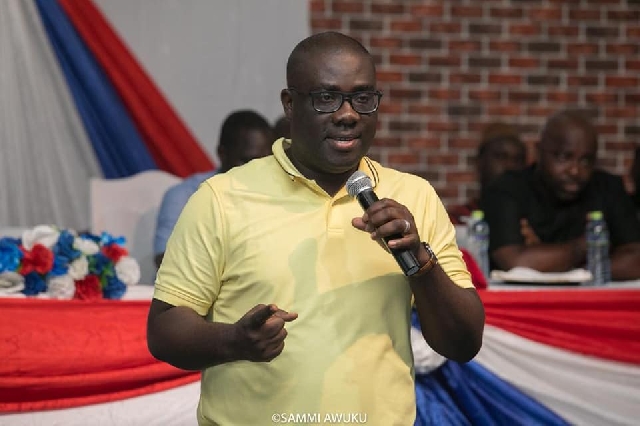 He has, thus, called on Ghanaians to choose President Nana Addo Dankwa Akufo-Addo over the former President, who, he said, only dreams of success but lacks what it takes to achieve it.

The NPP National Organiser was speaking at a press conference held in Accra on Thursday, 13 August 2020.

Mr Awuku noted that: “John Mahama says he will implement Free SHS when elected. Should Ghanaians replace the man who dreamed it, believed it and delivered it for one who never believed it, ridiculed it and fought against it?”

“Once again, candidate Mahama wants to associate himself with success, but he does know how to solve the problems to achieve the success story”, he noted.

“He has no blueprint for achieving this success he dreams of.”

Mr Awuku further continued that between candidate Mahama and President Akufo-Addo, the NPP has shown more commitment toward the Ghanaian youth than the former.

“The concept of Free SHS for 1.2 million teenagers is too complex for the NDC candidate and the party. Between the two main candidates, it is obvious which one truly cares for the youth of Ghana and therefore the country Ghana. Definitely, it is Nana Addo Dankwa Akufo-Addo.”

He indicated the readiness of the NPP for the upcoming December polls and urged Ghanaians to perform their civic duty by going out to vote on the day of election for the NPP to continue to build on the successes made.

He added: “On December 7, make a strong decision and choose hope over hopelessness, make a bold decision to choose competence over incompetence, on the ballot paper choose prosperity over poverty and again choose strong leadership. Vote for Nana Addo Dankwa Akufo-Addo.”

Speaking at the Dagbon Overlord’s palace during a courtesy call on the Ya Na as part of his campaign tours of the Northern Region, the flag bearer of the NDC, said: “Free Senior High School education has come to stay”.

“If anybody tells you that I, John Dramani Mahama, son of E.A Mahama, will abolish Free SHS when I come, tell the person he is a bloody liar”, he insisted.

According to him, “What I am against is the poor implementation of the free SHS, which is creating great inconvenience for the parents, for the students and for the teachers and the point I have made is that we can make it better.”

“If this government had followed our plan of continuing with the 200 new Senior High Schools that we were building, we will not have the current situation that we have in our free SHS plan”, he said.