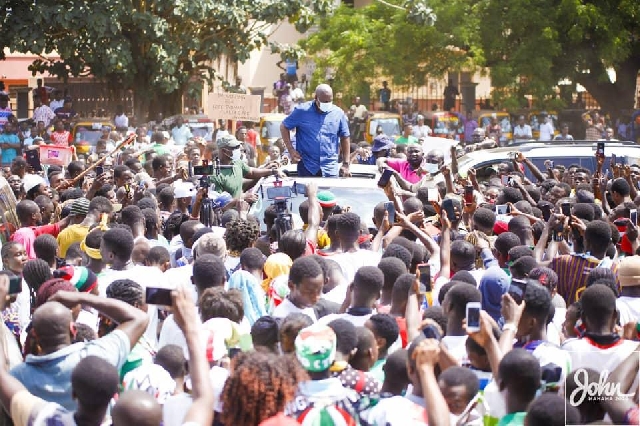 John Dramani Mahama in the crowd

The John Mahama 2020 campaign team has described as “false, misleading and malicious”, publications on some online portals that Mr Mahama, the flagbearer of the main opposition National Democratic Congress (NDC), shared money to his supporters on Monday, 28 September 2020 when he resumed his tour of the Bono Region.

The campaign team, in  a statement, said Mr Mahama rather shares branded John Mahama 2020 nose masks to the people and occasionally talks about how to stop the spread of the coronavirus disease.

The team noted that on Monday, the former President did same and shared thousands of branded nose masks, aprons and T-shirts.

The campaign team has, therefore, entreated the public to disregard the “fake news”, which it described as “unsuccessfully” attempting to turn Mr Mahama’s “act of kindness into a weapon against his campaign”.