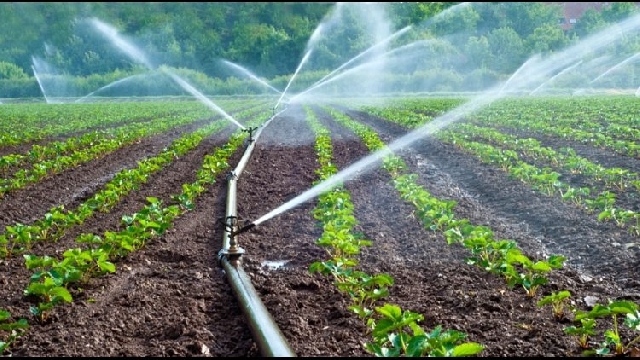 Former President John Mahama will build irrigation dams across Ghana, if elected as President once again, Minority Leader Haruna Iddrisu has announced at the manifesto launch of the biggest opposition party at the University of Professional Studies, Accra (UPSA) on Monday, 7 September 2020.

“Many a time, when manifestoes are read, the question the media ask is: how is it going to be funded?”

“In this manifesto, President John Dramani Mahama has made a commitment to end seasonal agriculture and to end natural rain-fed agriculture”, Mr Iddrisu announced.

“These irrigation dams will be funded by the Ghana EXIM Bank, which was created by him as President of the Republic”, he said.

Meanwhile, the NDC has asked Ghanaians to return the party to power in the December 7 elections and hold them to account over the promises they have made to transform lives.

In his view, if the NDC does not take over from the NPP, Ghanaians will be worse off in the next four years.

According to him, it is only the NDC that can move the country in the right direction.

Mr Ofosu-Ampofo said: “We the citizens of this noble country are now at a difficult juncture; we cannot sit any further than we have.

“We are at rock bottom, the incumbent is not only confused and exhausted, but President Akufo-Addo is also digging an even deeper hole from which if not stopped, we will all be buried alive.

“I, therefore, call on all our countrymen and women and every citizen to go to the poll in December and with one big push rescue Ghana and Ghanaians from this affliction. Enough is enough”.

“Give us your mandate and hold us to strict account of the things that you find in this manifesto. Vote for President John Dramani Mahama and let us together move Ghana in the right direction because indeed Ghana must work again. Vote for the John and Jane ticket for jobs and prosperity for all not a few”.

Some of the manifesto promises include the creation of one million jobs for the youth, legalisation of okada business, provision of free primary health care, corruption fight among other promises.