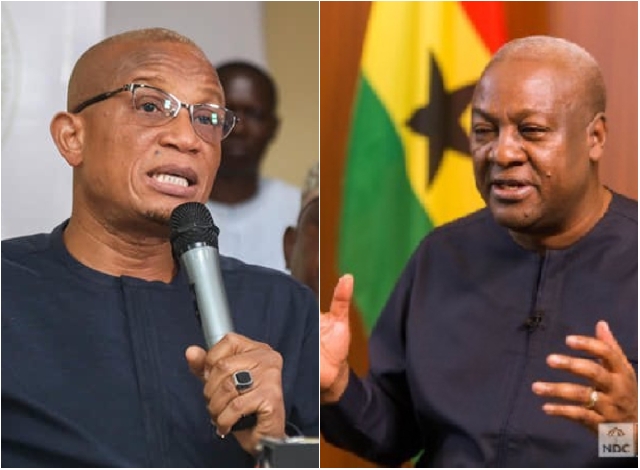 Former President John Mahama, as flagbearer of the biggest opposition party in Ghana, the National Democratic Congress (NDC), is not electorally attractive and has a credibility deficit that will make his defeat worse than happened in the 2016 general elections, a Deputy National Campaign Manager of the governing New Patriotic Party (NPP), Dr Mustapha Abdu-Hamid has said.

The Minister of Zongo and Inner-city Development told journalists at a press conference on Wednesday, 15 October 2020 that: “Signals being picked indicate that the 2020 defeat will be far worse than 2016 because of the opposition party’s inferior track record in government, weak campaign machinery, and an unattractive flagbearer who suffers a serious credibility deficit”.

“They also emanate from the sheer superiority of the NPP government in keeping to its campaign promises, having a credible leader in His Excellency Nana Addo Dankwa Akufo-Addo and relentlessly engaging the electorate in every corner of the country to share its message of hope and development through efficient campaign machinery”, Dr Abdul-Hamid said.

He asserted that the NDC lacked ideas for the people of Ghana.

“We, of the NPP, have also not been surprised about the bankruptcy of ideas and inefficiency that have characterised the NDC’s campaign.

“What is shocking, however, is the plague of self-denials that has blinded the party from accepting that Ghanaians will overwhelmingly reject them come December 7, 2020″.

According to him, “even when credible global institutions have looked into the crystal ball and projected victory for the NPP in the 2020 general elections, the NDC remains adamant that it could hoodwink Ghanaians into believing in its propaganda-laden campaign message”.