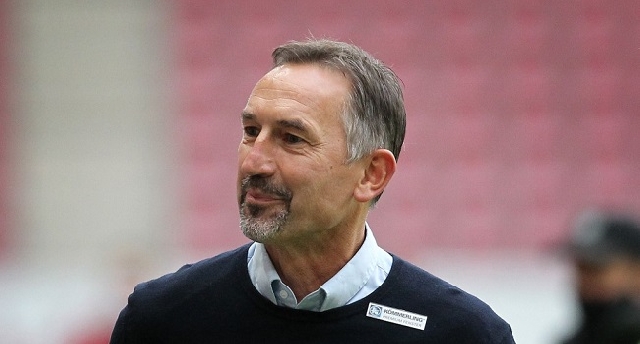 Bundesliga club Mainz have sacked coach Achim Beierlorzer after a turbulent week which included a players’ strike and a 4-1 defeat to newly promoted VfB Stuttgart.

Mainz players went on strike on Wednesday after forward Adam Szalai was demoted to the reserve team and told to look for a new club. Although the squad returned to training the following day, Mainz were not able to recover in time for the next match.

Mainz suffered a heavy home defeat at the hands of Stuttgart on Saturday after they lost 3-1 at RB Leipzig on the first match day of the season.

“I am disappointed by the club’s decision,” Beierlorzer said in a statement on the club website.

“Regardless, I wish Mainz 05 and the team all the best for the future.”

Mainz also said assistant coach Jan-Moritz Lichte would take charge of the side until further notice.

Beierlorzer becomes the second Bundesliga manager to be sacked this season after Schalke parted ways with David Wagner on Sunday following 18 games without a win.

It is the first time in the league’s history where two clubs will go into matchday three with new managers.