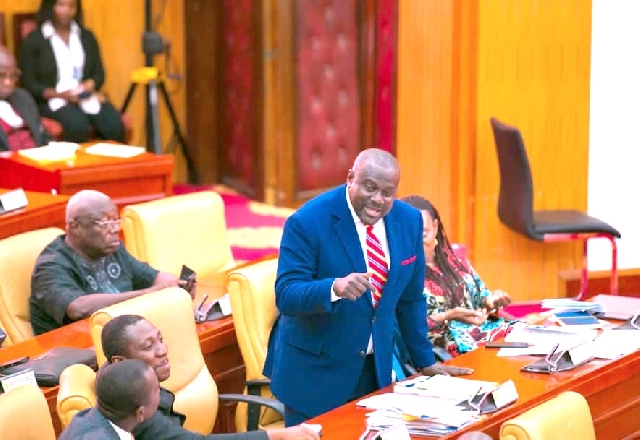 Majority Leader Osei Kyei-Mensah-Bonsu has praised the Chairman of the Finance Committee of Parliament, Dr Mark Assibey-Yeboah, for his diligence and attention to detail in carrying out his parliamentary duties, especially at the committee level.

Welcoming the house back from recess on Tuesday, 6 October 2020, Mr Kyei-Mensah-Bonsu said Parliament was going to have a very busy session in the next five weeks since there was a mountain of work to be done.

He cited the load of work awaiting the Finance Committee, for example, in whose Chairman he expressed confidence will see to it that the job is done diligently.

“So, again, just as I’ve done in respect of the subsidiary and legislative committee, I’ll entreat the Finance Committee, whose Chairman, the Hon. Dr Assibey-Yeboah, is known for his diligence and, indeed, his prying eyes into every referral that is made to the committee.

“Mr Speaker, so, at least, 40 referrals to the committee to be done within a space of five weeks.

“Indeed, this first week, we are going to be very weak because of the fact that members will have to migrate to our respective constituencies to file their nominations”, he said.