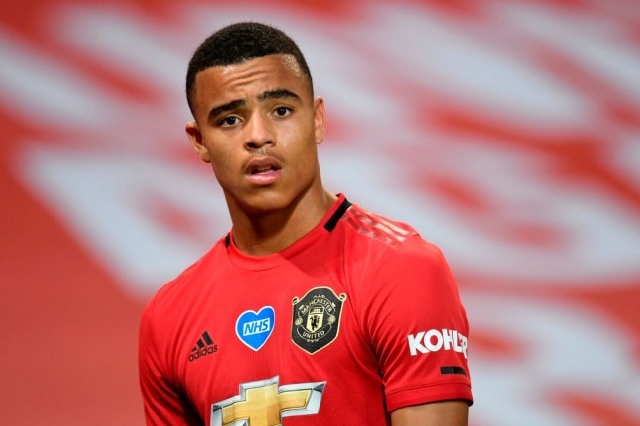 Manchester United say they are ‘disappointed’ with Mason Greenwood after the 18-year-old was sent home from England duty for meeting women at a hotel in Iceland.

Greenwood, 18, and Manchester City midfielder Phil Foden, 20, breached strict coronavirus guidelines to meet the women after England’s victory over Iceland at the weekend.

The two players, who were given their senior international debuts in the Nations League match, did not train with their England teammates on Monday and have now been sent home after breaking the Covid-19 restrictions placed on the squad.

A statement from United on Monday read: ‘Manchester United are liaising with the Football Association and are disappointed with the actions of Mason Greenwood over this situation.’

‘His behaviour not only directly contravenes strict guidelines related to Covid-19, but also falls well below the standard expected of a Manchester City player and England international. ‘The club supports the FA regarding this incident, and officials from the club are now in touch in relation to Phil’s enforced early return to the UK.’

‘Unfortunately this morning, it was brought to my attention that two of the boys have broken the Covid-19 guidelines in terms of our secure bubble,’ Southgate said.

‘So we had to decide very quickly that they couldn’t have any interaction with the rest of the team and wouldn’t be able to train.

Given the procedures we have to follow now they will have to travel back to England separately. ‘Nothing has happened in the areas we occupy in the hotel. we are still getting to the depths of all the information because this was only brought to may attention a couple of hours before training, so I’m still getting to grips with the detail.

‘What is clear is there is a breach of the Covid-19 guidelines. The whole squad have really followed that to the letter. I’m not gong into any more details until I’m aware of everything.

‘It is a very serious situation and we have treated it that way. I have spent the morning dealing with this and then helping the coaches take training in preparation for the game tomorrow.

‘They have been naive and we have dealt with it appropriately. I recognise their age, but of course, the whole world is dealing with this pandemic and there is a responsibility on all ages that they do their part. We are not underestimating how important it is we keep the bubble the way we have.

‘We have to treat every incident repeatedly. These are two boys I don’t know particularly well at the moment so I cannot speak in great depth. ‘I’ve got to try to speak with them later in the appropriate way.

‘They have apologised but everything has happened so quickly and we have to get to the facts. ‘This is the job like no other. All management roles are difficult and this is another level, in terms of what you have to deal and what is expected.

The players who have been with us for a long time know exactly what is expected. ‘Whenever people have stepped across that line when they have been with us we have dealt with it appropriately, but we cannot act on things that happen when they are not with us.’